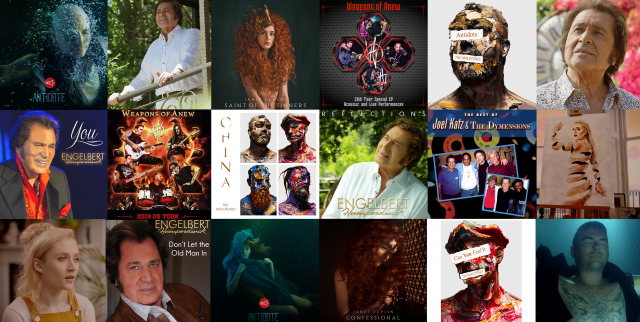 2019 OK!Good Records Wrap-Up: Pop and Rock from Around the World

As 2019 (and the decade!) comes to a close, we’d love to take a look back at all of the moments that made the year so memorable at OK!Good Records. From mind-blowing live performances to new music and new music videos, the artists at OK!Good Records have been making waves in independent music!

2019 was a monumental year for living legend, Engelbert Humperdinck. With a career spanning over 50 years and 150 million worldwide album sales, Humperdinck has had the career of many artists’ dreams. Rather than a fitting bookend for his career, Engelbert has chosen to re-invent himself as an artist, releasing a variety of new music.

This year, the youthful octogenarian embarked on a North American Tour in October, with additional stops in Japan, Singapore, and the Philippines. He will continue to tour extensively across North America and Europe in the coming year. For a full list of tour dates, click here. His performances continue to receive rave reviews from critics, including Digital Journal, Splash Magazine, and 100% Rock Magazine, who praise Engelbert’s timeless showmanship and vigor. 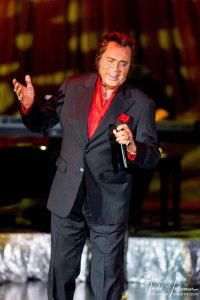 On November 15th, Engelbert surprised fans the release of his special Tour EP, “Reflections”, which featured fan favorites from his live shows “You”, “Angel on My Shoulder” and a cover of Toby Keith’s “Don’t Let the Old Man In”, as well as “I’m Glad I Danced With You (with Olivia)” (Candlelight Mix), and a new arrangement of Engelbert’s classic, “Ten Guitars”. You can listen to the EP here.

In addition to Engelbert’s new EP, the year saw the release of his first ever music video for Engelbert’s new classic, “You”. The video premiered via international magazine PopMatters on September 10th, and served as a gift to his wife, Patricia Healey, on her birthday. Since its release, it has gained over 300,000 views on YouTube. 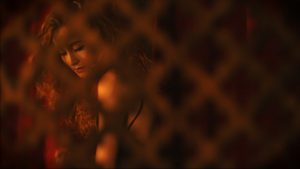 Irish songstress, Janet Devlin, made her return to the music scene this year, announcing her highly anticipated sophomore album. She released the first single from the project, “Confessional”, on Sept. 27th. The darkly defiant folk-tinged anthem, showcases her enchanting vocal style and alludes to her Irish heritage. Janet later released a music video for the single, where Janet sings the precursor to her list of confessions to her audience from behind the confessional grill—as her own, personal Act of Contrition. The single made its way onto the UK Physical charts, peaking at #3.

On November 1st, Janet released her second single, “Saint of the Sinners”, which rode the waves made by “Confessional” in September. The single is an expression of marching melancholy, revealing a past full of hurt, regret and the damaging and destructive perils of depression. The music video, which premiered on 1883 Magazine on Nov. 14th, depicts Janet as a painter, who creates self-portraits that she associates with pain and regret, to detach herself from these moments. She has gained support from numerous media outlets and publications regarding her releases including interviews with The Belfast Telegraph, Ireland AM, and The Young Folks.

South Africa’s biggest selling rock act The Parlotones, released their eight album “China”, via OK!Good Records on June 28th. “China” thematically explores what it means to be human, showcasing the band’s diverse musical range and wide array of influences, while staying true to The Parlotones’ unique sound. The album featured two singles including, “Can You Feel It”, a mammoth, yet fervent, alt rock jam that touches on the monumental “purpose of life” questions, which was released on May 24th, alongside a mind-bending, anxiety inducing, hallucinatory journey of a music video. 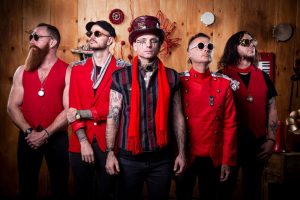 Additionally, the 80’s inspired opening track, “Antidote”, was released as a single and featured a cinematic music video inspired by the lyrics of the chorus, which premiered on the seminal music magazine and website, The Big Takeover on July 18th. In addition to “Antidote”, the release included exclusive B-Side, “Golden Lion”, an anthemic slice of indie rock that perfectly demonstrates The Parlotones’ knack for writing irresistible hooks, with its bright production and massive chorus.

The band, who celebrated 20 years together in 2018, have toured extensively across the globe since 2007 and have played hundreds of shows and festivals including stops at T in the Park, V Fest, SXSW, and Canadian Music Week and have shared the stage with renown acts like Coldplay, Snow Patrol, Violent Femmes, and Imagine Dragons. In 2010 the band also opened up the soccer World Cup, where they were broadcast to roughly 1 Billion people worldwide. 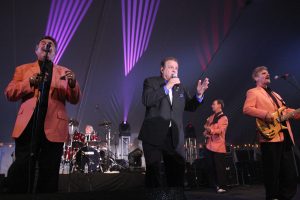 Joel Katz, the voice of New Jersey Doo-Wop Groups, has been keeping the spirit of the 50’s alive for years through his work as both a performer and an engineer. While Joel had undeniably made himself a recognizable name throughout the industry as one of the best, and underrated voices in Doo-Wop, his career has been shrouded in anonymity.

To highlight the most beloved songs to have been recorded by Joel and his super group, and to showcase Joel and place him in the well-deserved spotlight, OK!Good Records released “The Best of Joel Katz & the Dymensions” on Oct. 5th. The album is a compilation of the best tracks recorded by Joel & the Dymensions, a recording super group that featured Joel singing lead, and some of the most iconic voices in Doo-Wop including Johnny Maestro, Bobby Jay, and Eugene Pitt, singing background vocals. 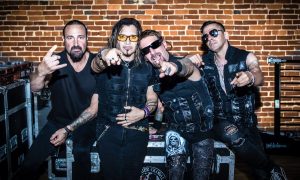 New Jersey-based metal band, Weapons of Anew, have spent the greater part of 2019 touring across the United States, first with Metal Allegiance before spending their summer on Scott Stapp’s “The Space Between the Shadows Tour”. Weapons of Anew have been known for their dynamic shows in the past, but this year the band honed a larger than life show that has gained praise from fans and critics alike, including Jersey Rock of 95.5 WRAT and Shawn Sixx of WAAF 107.3.4.

As a thank you to those who have supported them from the beginning and have attended their shows, Weapons of Anew released a special 2019 Tour EP on Dec. 13th. Recorded live on July 30th, 2019 from the Palace Theatre in Greensburg, PA during their tour with Scott Stapp, the five-track release features songs from their debut album, “A Collision of Love and Hate” including, “Killshot”, “This Moment”, “Speed”, and “Sundown”, as well as an acoustic rendition of “This Moment”. In addition to their Live EP, Weapons of Anew are working towards a sophomore album set to release in 2020, with producer Mike Ferretti, which will pack a powerful punch and emulate the energy of their memorable live shows.

Thank you as always for an amazing 2019 and for supporting independent music!

Wishing you a Happy New Year from OK!Good Records!

Be sure to stay up to date with everything new in the coming year by following OK!Good Records on social media