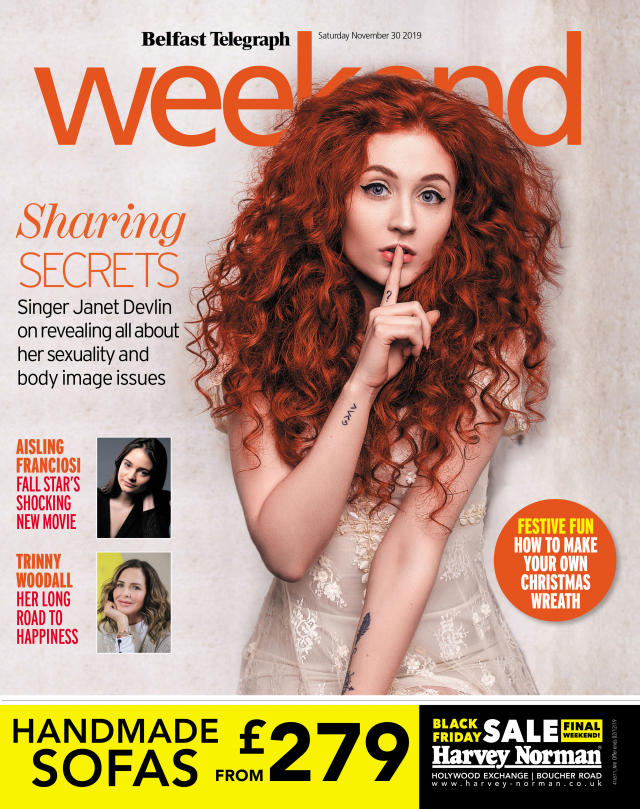 Janet Devlin featured on the cover of The Belfast Telegraph!

Irish songstress, Janet Devlin, was featured on the cover of The Belfast Telegraph on November 30th, 2019, speaking in depth about her mental health, coming out, and her struggles with her body image. Janet has been working nonstop for eight years, since her X-Factor audition in 2011 threw her into the limelight, and has recently returned to her parent’s home in Gortin, Northern Ireland, to “be comfortable and in a safe space for a while”, before the release of her upcoming sophomore album in the spring of 2020.

She spent the past year prioritizing her mental health. Janet told The Belfast Telegraph,

“At the start of this year I became aware I really hadn’t stopped since I was 16…So I took a month off. I wanted to de-fray a little bit, so I jumped into every sort of relaxation and therapy I could get my hands on. I went to yoga, group therapy, one-on-one therapy, equestrian therapy. I went to see a psychiatrist and a psychologist, just to talk through loads of stuff and to get all my beautiful issues out there. It helped.”

“It’s hard to explain but having body dysmorphia means I don’t see myself the way other people do. I could be the skinniest girl ever but I just wouldn’t see it. At my thinnest I was working 18-hour days, I wasn’t eating enough and was just burning the candle at both ends. I never took my eyes off the prize workwise, and I just wasn’t all that happy. I wasn’t taking care of myself at all…” 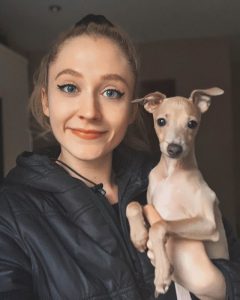 Her openness and honesty allow her to use her voice to open a dialogue about everything from mental health to sexuality. In 2018 Janet came out as bisexual, and while she received a small handful of negative messages, it also opened up a larger conversation with LGBTQ+ girls and women from Northern Ireland.

“In all the years I’ve been doing my social media stuff it was the first time I’ve ever had this big upsurge in messages from girls from home. In the first week I got loads and I had about 25 messages with proper conversations going on from girls who had moved to Australia or London because they didn’t feel they’d be welcome at home.”

Janet’s undeniable social media presence has been a great tool in connecting her with her loyal fan base and has also been pivotal in allowing her to stay independent. She cites it as the reason for the big shift she noticed in the music industry from her days on X-Factor, and praises its ability to allow people to grow exponentially as artists with less resources.

“But the music industry is different now from how it was. Even from when I started out in X-Factor, social media has transformed it all. Ordinary people with talent have a way better chance of being an artist than they used to. They can do it with a studio from their bedroom. They can record a track in three hours and put it out. All the traditional things like contracts with a big label aren’t as much of a barrier for people as they used to be.”

Her independence has allowed her full creative control over her projects, including her upcoming sophomore album. She worked with producer Jonathan Quarmby (Lewis Capaldi) to create a cohesive sound that served the concept for the record, and created artwork that served as clues to the record’s themes. The album is a culmination of Janet’s struggles and is full of honest truths. She has released two singles from the album over the past four months, “Confessional” and “Saint of the Sinners” respectively, which narratively are introductions to the themes that are explored in the album, which is set for release in Spring of 2020.