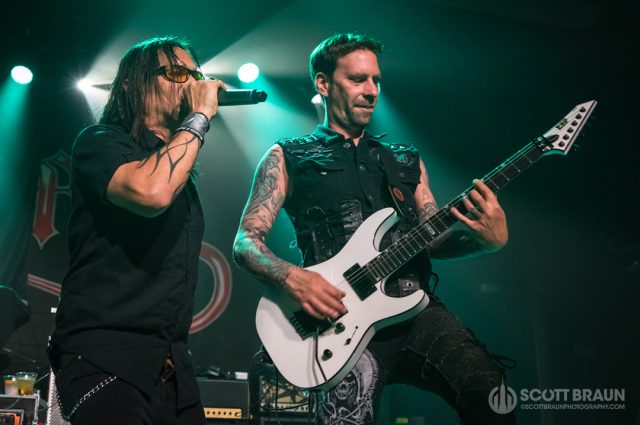 Weapons of Anew talk to Shawn Sixx of WAAF 107.3 about touring with Scott Stapp

Weapons of Anew talk opening for a noteworthy headliner, their sophomore album, and changes in the music industry with Shawn Sixx of WAAF 107.3

New Jersey-based band, Weapons of Anew, have had an eventful summer of touring, opening for Scott Stapp and Messer on Stapp’s “The Space Between the Shadows Tour”. The tour hit 24 cities across the United States including Houston, Dallas, New York City, Boston, where front-man, Ray West, and guitarist, Freddy Ordine, sat down with Shawn Sixx of WAAF 107.3 to talk about opening for a noteworthy headliner, their sophomore album, and changes in the music industry.

Weapons of Anew released their debut album, ‘The Collision of Love and Hate,’ in 2017 via OK!Good Records, and despite being relatively new to the scene, have attracted a growing fan base through their dynamic live performances. Both West and Ordine told Sixx that they hope to translate the intensity of their live performances into their sophomore album.

“The important thing for us on this next one, is to capture our live vibe…that’s my main objective, that it hits as hard as we hit live” –ORDINE

In addition to speaking about their album, they reflected on the tour with Stapp, praising both him and his audience for being open and accepting. However, they also spoke to Sixx about the difficulties of performing as both a new band and an opening band to a noteworthy headliner, and when asked about feeling like “eternal underdogs,” West says “Always, that’s the chip on our shoulder, so we come out swingin’”.

They mention that they love the feeling of surprising an audience with their performances, and connecting with newfound fans during their tour. West regarded, “If we have any time to hang out with people and be accessible, we go out and do that…it’s nothing without them,”

West and Ordine wrapped up the interview by advising those interested in pursuing a career in music to learn the business, be willing to evolve, and to commit to the career they are trying to pursue.

Be sure to listen to the full interview with Shawn Sixx over on WAAF 107.3.