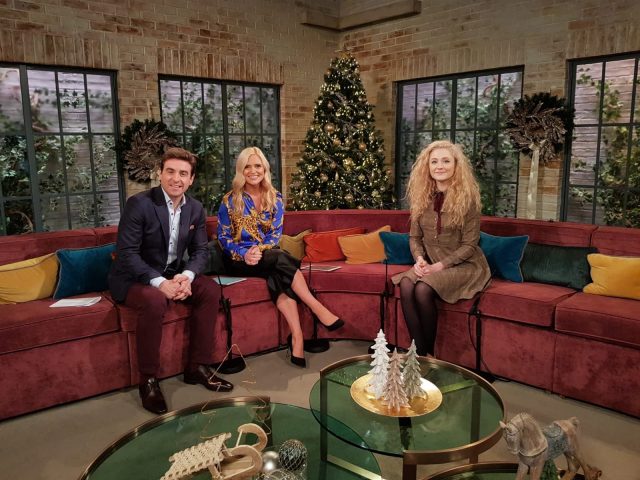 Janet Devlin speaks to Ireland AM about Saint of the Sinners, X Factor, and the support of her fans

Ireland AM sits down with Janet Devlin to discuss her career post X Factor, her new single, “Saint of the Sinners”, and her upcoming projects.

Irish singer-songwriter, Janet Devlin, recently sat down with Ireland AM to talk about her new single, “Saint of the Sinners” and her career post X Factor. After the Irish morning show shared a clip from her single’s music video, they asked Janet about the meaning of behind “Saint of the Sinners”.

“[Saint of the Sinners] is kind of coming to terms with self and duality. So like for me I always have that part of me that’s self-sabotaging, that wants to destroy all the nice things, so that person holding me down and that person is actually myself, so it’s me versus me…”

Janet burst into the music scene with her unforgettable rendition of Elton John’s “Your Song” on the X Factor at the age of 16, where she finished in 5th place. When asked about the transition from X Factor, she regarded that it was a difficult transition, but she has been able to continue to make music on her own terms through crowdfunding.

She recalls that she funded her first album through crowdfunding, and tells the morning show,

“My whole career is down to people caring about my music, and wanting me to make music…if it was just me, I wouldn’t be here, if it wasn’t for them”

She finished the interview with a performance of her song, “Christmas Kiss”, off of her Christmas EP, “Little Lights”.

Janet Devlin has released two singles from her upcoming sophomore album over the past four months, “Confessional” and “Saint of the Sinners” respectively, which narratively are introductions to the themes that are explored in the album, set for release in the spring of 2020.