Overwhelmed by the love he received from the British public after a 25 year exile in the United States former Bros frontman Matt Goss wants to share his optimism for the future this Christmas with a re-recording of the title track of his latest solo album – The Beautiful Unknown out December 2nd, 2022 via OK!Good Records.

Recorded live at Croydon’s iconic Fairfield Halls the new version of “The Beautiful Unknown” sees Goss now backed by the Royal Philharmonic Orchestra as the singer makes a bid for his first ever Christmas #1.

“For so long we have all been living such a fearful existence, and the things we can’t know, the future, has also become shrouded in fear for so many. I want people to again be able to experience the beauty that can exist. That’s why I wrote “The Beautiful Unknown”.  I want it to enter into people’s consciousness and for the title to become part of the British lexicon, of our everyday language.” – Matt Goss 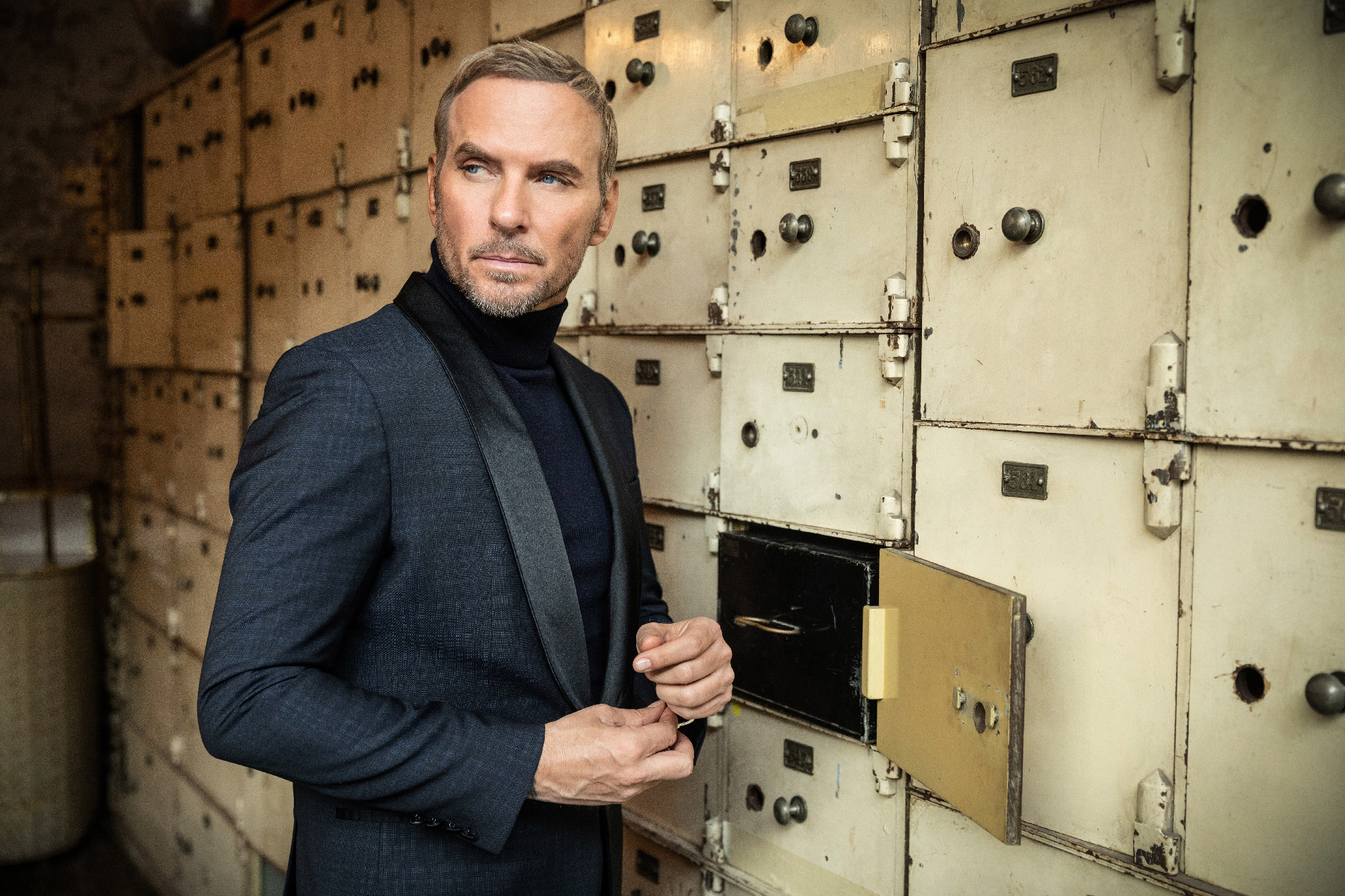 The Bros legend who returned to the UK in the spring, after an 11 year residence performing in Las Vegas, to star in Strictly Come Dancing was humbled by the ‘thousands of messages of love and optimism’ he received during his stay on the primetime BBC1 show.

“When I returned home the British people made me feel extremely safe. I was in Las Vegas performing four nights a week for 11 years. I was starting to destroy myself in the end. It was time to come home. “The Beautiful Unknown is my way of saying thank you for all the love and support I received while I was competing in Strictly. It’s not necessarily being #1 at Christmas that’s important. I just want this song to be loved over that period, as the country goes into the New Year with all that it heralds.”

The Christmas video featuring Matt performing live with the Royal Philharmonic Orchestra was recorded from scratch on a single day during a grueling 16-hour session at the Fairfield Halls, which left the singer feeling exhausted ‘in the most beautiful way!’ He added, “It’s a hymn and it’s a pop song and I want to share it with people. This New Year I want everyone to raise a glass to “The Beautiful Unknown”!”

Matt’s incredible career has spanned five studio albums and he has taken the stage at world-class venues such as Carnegie Hall, Madison Square Garden, The Royal Albert Hall, and The London Palladium. As a headliner he has won the SSE Arena Award for Best Show and broken records with the longest residency for a British artist in Las Vegas history. His staggering philanthropic achievements have seen him honored with the prestigious United Nations Humanitarian Award, and presented with an Icon Award alongside Mohammad Ali and Tony Bennett.