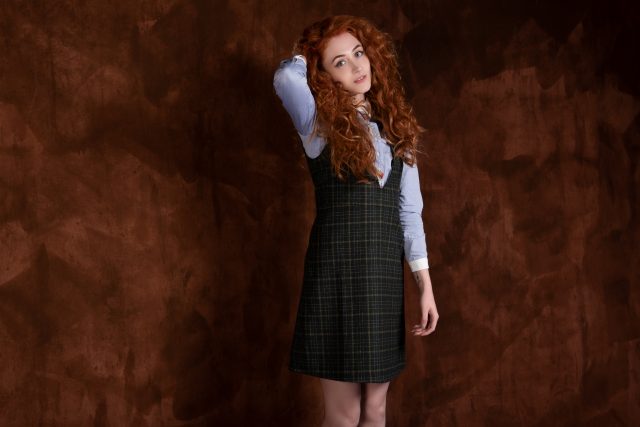 The Young Folks interview Janet Devlin about her new single, “Saint of the Sinners”

Janet Devlin speaks to The Young Folks about her new single, “Saint of the Sinners”, her musical inspirations, and what’s next!

Irish singer-songwriter Janet Devlin recently released, “Saint of the Sinners”, the second single from her upcoming sophomore album. Released on November 1st on OK!Good Records, “Saint of the Sinners” reveals Devlin’s pain in coming to terms with her self-proclaimed “sins”. The song rides the waves made by September 2019’s “Confessional”, which announced Devlin’s highly anticipated return to the industry.

She spoke to The Young Folks about the release of “Saint of the Sinners”, as well as what fans can anticipate from her in the coming months.

TYF: Your newest single, “Saint of the Sinners” recently came out (on November 1). How did you decide which songs from the album to release as singles?

Janet Devlin: Funnily enough, “Saint of the Sinners” wasn’t meant to be an official single. It’s more of a taster of what’s to come from the album, a bit like what I did with my first release, “Confessional”. “Saint of the Sinners” is one of my favorite tracks and I felt it deserved an airing as it encapsulates the sound of the album so well. With the style of release I’m doing, there are no rules – so it’s fun!

TYF: Who are some of your inspirations from rock, traditional Irish, and pop music?

Janet Devlin: As far as my sound goes, I don’t think I consciously draw from any specific influences. When I was younger, bands like the Foo Fighters, My Chemical Romance, Red Hot Chili Peppers, and Fall Out Boy would inspire me to take music seriously, as not only were they amazing musicians, they also seemed to be having fun too. There are definitely some artists that inspire me to be better – Chris Stapleton inspires me a lot. His attitude towards life, music, and the balance in-between is something I strive for. Also, he is a man of many genres and I think it’s awesome that he’s such a chameleon! The traditional Irish elements are inspired by my family and people in my local area. Also some old tapes my granny had and would listen to as she’d wash the dishes – there were never any names or labels on the cassettes ha! I would say that no one artist has influenced the sound of my album; it’s a mix of my childhood, half-remembered sounds from the radio and what made an impact on me growing up, through to today.

Read the full interview with The Young Folks here.

Follow Janet on social media so you don’t miss an update about her upcoming album, “Confessional”