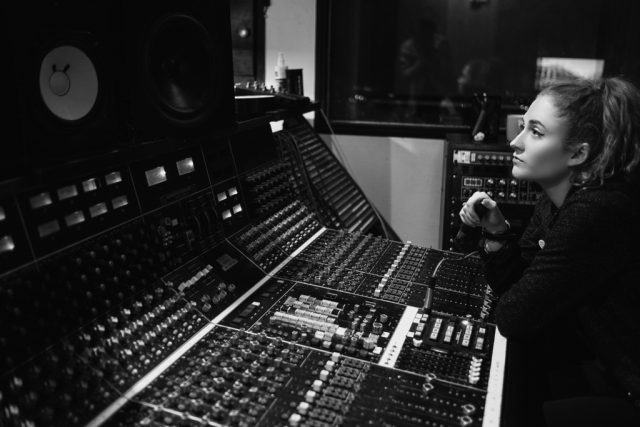 Janet Devlin speaks to The Irish World about her upcoming album, Confessional

Irish singer-songwriter, Janet Devlin, recently announced the release of her highly anticipated album, Confessional, out June 5 2020. It has been six years since the release of her debut album, Running With Scissors, and five years in the making. In a feature in The Irish World, Janet recalls receiving questions about the length of time it took her to write the album. She replies, “…because every song is a chapter of my life”

The album spans years of Janet’s trials and tribulations, from her childhood to her time on the X-Factor and beyond. While it covers, a wide span of time, Janet said

“I wanted to make sure the album was listenable start to finish like a regular album. It had to have a journey, it had to have varying moods but that meant it just took a long time.”

In addition to the working on the album, she had written an autobiography that further explores the stories she sings about in each song.

“I suppose this book is going to blow a few people’s preconceived ideas about me out of the water. But I’m excited for that…I wrote the book writing about all the horrible stuff I’ve been through. It was a lot but it was amazing. It was a long thing but it was definitely worth it. For what it is, I’m very proud of it now”

She admitted that due to the personal nature of the album, she contemplated not releasing it, saying,

“For three days I was genuinely sure that I wasn’t going to put this album out. That was a wild ride. I got to the end of the three days and I couldn’t not put it out. I said to myself, ‘Don’t be such a baby. You worked this hard on it, you can’t just back away now’. I just needed a really good pep talk basically.”

She concludes the interview by talking about her hopes for the album,

“Honest to God, If this album could help one person, my job is done in that regard but for me, it was my own therapy. I’ve always found that writing for music…I’m guessing that by law of probability that somebody might relate to my experiences. Some of the topics are very heavy but you can turn the negative into positive by creating beautiful art.”

Janet Devlin’s sophomore album, Confessional, is now available for pre-order on Spotify, Amazon, Apple Music, Google Play, iTunes, and the OK!Good Records Shop and is set for release on June 5, 2020, alongside her autobiographical book, “My Confessional”