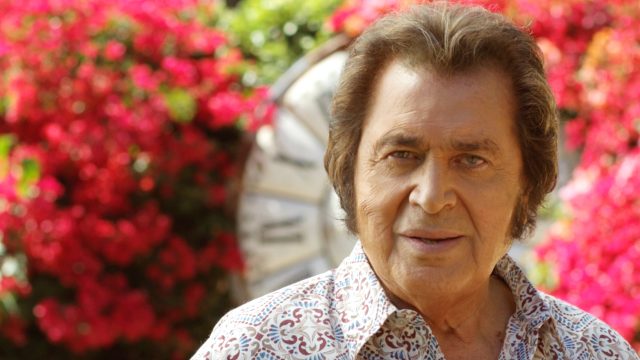 Esteemed vocalist, Engelbert Humperdinck, returned to Hawai’i this past week, nearly a year after he was there to record for his PBS TV Special. This year, Engelbert returns to perform at the Blaisedell Concert Hall in Hawai’i as a part of ANA Hawai’i Music Week. He brings with him a brand new EP, Reflections, which includes fan-favorites from his recent live shows such as “Angel On my Shoulder”, “You”, and “Don’t Let the Old Man In”.

He caught up with Dave Lawrence of HPR’s “All Things Considered” (Hawai’i Public Radio), sharing a heartfelt poem he wrote after he left Hawai’i after he recorded his TV Special:

“On approaching the magnificence of nature’s blessed land, the ever-present aroma of scented flowers garland the moment with its special aromatic presence, romantic melodies filling the air, attaching itself to the shapely, tanned, colourful attired body lines of the islands.

Beautiful people using sensitive gestures, as figures of beauty sway to the rhythm of that special harmonious sound.

Eyes feast as Hawaii feeds visitors in awe of one of the wonders of the world, sea breezes find a way to wander all day and into the stealth of night, comforting, exhilarating, exciting, enchanting, sending a perfume off the highest mountain with a scintillating fragrance as heads raise to capture the moment, and the beaches caress the feet with shoes of white sand, as you walk down towards the shores listing terrain, to cool one’s being in its oceanic magnificence.

So my plea is … don’t just fantasize, experience it, for this land is a more than dream.”

The two then discuss Engelbert’s weekly video blog series, which he posts across his social media platforms, called “Tuesday Museday”, where Engelbert shares aspects of his life with his active fan base and recounts stories from his past such as the relationships he had with Las Vegas legends Dean Martin and Sammy Davis Jr.

Listen to the full interview with Dave Lawrence of HPR’s “All Things Considered” here, or stream the video below:

Engelbert’s new EP, Reflections, was released on November 15th, 2019 on OK!Good Records, and is available on all digital platforms. Engelbert sees his recent songs featured on Reflections as a tool of creative rejuvenation, allowing him to re-invent himself as an artist. The EP features fan-favorites from his live shows, including a cover of Toby Keith’s “Don’t Let the Old Man In”, “I’m Glad I Danced with You (Candlelight Mix)”, “Angel On My Shoulder”, and a new arrangement of Engelbert’s classic, “Ten Guitars”.