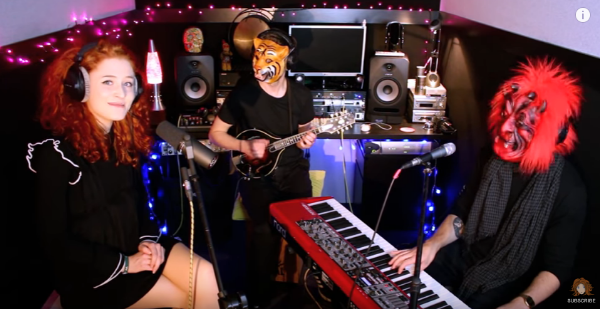 Janet Devlin has surprised fans with another awesome live performance video on her YouTube Channel. This past Saturday, shared her cover of “I Wanna Be Like You” from The Jungle Book. The songstress was accompanied by Mike Giverin on Mandolin and Jim Molyneux on Keys. Check out the awesome performance on Janet’s YouTube Channel below.

You can purchase Janet’s debut album Running With Scissors on iTunes, Amazon, Google Play and at music retailers nationwide. The album is also available for streaming on Spotify. Be sure to check out all of our exclusive Janet Devlin merchandise in our webstore.