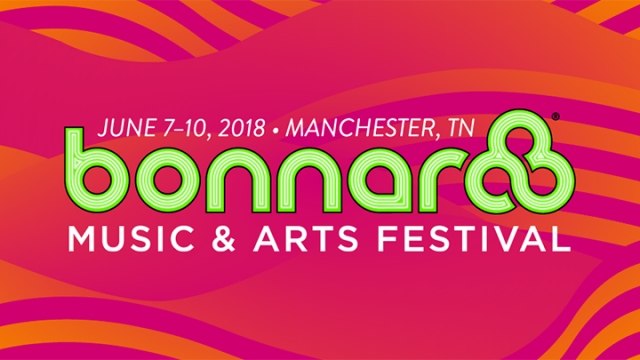 Bonnaroo 2018 Lineup Has Been Announced!

The Bonnaroo 2018 lineup is here. Which of your favorite artists are playing?

The music festival announcements have begun, and one of the nation’s favorites, Bonnaroo, has announced their official lineup.  The Bonnaroo 2018 lineup was released yesterday, with dozens of exciting artists throughout the bill.

This year, the headliners for Bonnaroo 2018 will be Eminem, The Killers and Muse. Other exceptionally notable artists performing at the festival include Bassnectar, Bon Iver, Paramore, Alt-J, and Sheryl Crow.  As always, the festival will also feature numerous up-and-coming artists, as well as comedians.  As expected, Bonnaroo will unveil more information and activities for this year’s event as the festival nears.

For those who are unfamiliar, Bonnaroo is a yearly outdoor festival that runs for four days in the bright summer sun of Manchester, Tennessee.  Attendees camp in a designated area outside the festival grounds, whether that be a tent or a full-sized RV.  In addition to the stages where performances take place, the festival grounds include bathroom and shower facilities, hundreds of delicious food and drink vendors, and other fun activities for festival-goers to enjoy.  Last year’s performers included U2, Chance the Rapper and the Preservation Hall Jazz Band.  Hannibal Buress and Natasha Leggero are among the comedians who performed at Bonnaroo 2017.

Will you be attending Bonnaroo this year? Check out the lineup below to see if your favorite artists will encourage you to pack up your camping tent and drive out to Tennessee: 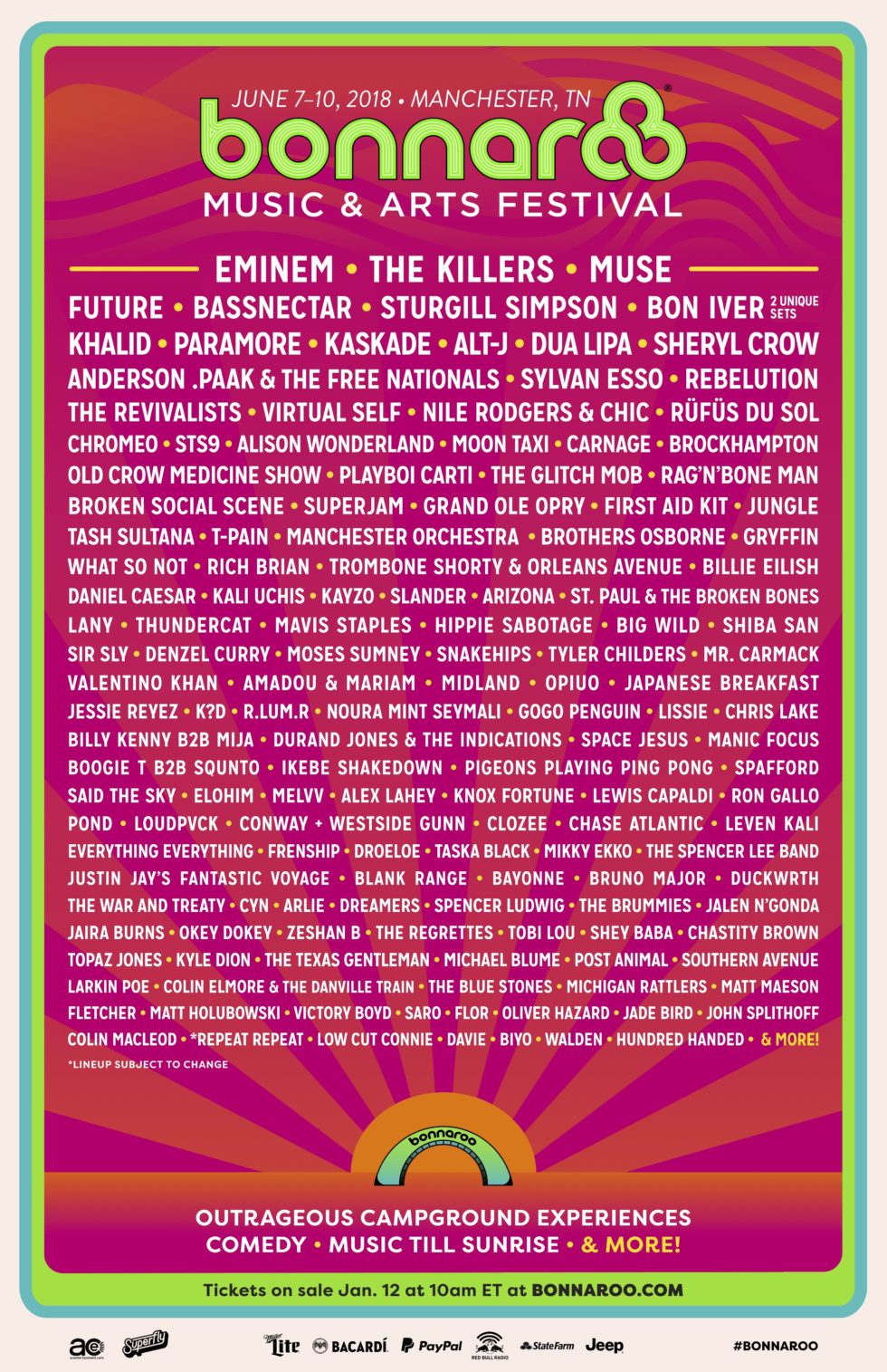 Who are you excited about on the Bonnaroo 2018 lineup?