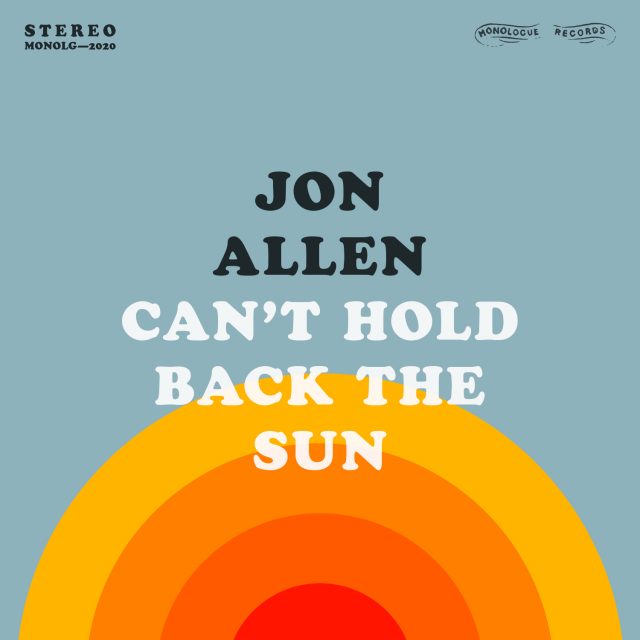 Listen to “Can’t Hold Back the Sun”

Jon Allen, acclaimed singer-songwriter from London, England returns with the feel-good single, “Can’t Hold Back the Sun” released on July 1st, 2020. The new single’s uplifting message of moving on and moving forward was inspired by Allen coping with self-isolation and the optimism of the post-lockdown future.

“I was in the process of finishing writing songs for my fifth album when COVID-19 hit us all.  It made me think in an entirely different way and yearn for reassurance and hope.  With that in mind I sat down to write ‘Can’t Hold Back the Sun’ looking to a feeling of liberation and rebirth after lockdown when we could begin our lives again.”
– Jon Allen

A whiskey-soaked voice and a pedigree as a songwriter of four studio albums to date, Allen has carved a niche as a live performer supporting such acts as Damien Rice, Mark Knoplfer, Seal and Dionne Warwick to name a few. He has also performing on the iconic BBC’s Later… with Jools Holland and as part of the BBC’s coverage of Glastonbury. His new album is slated for release later this year.

Originally discovered by Mark Knopfler in 2006, Allen broke onto the music scene with the single, “In Your Light” from his 2009 debut album Dead Man’s Suit, which landed him a spot on Later…with Jools Holland. Holland described how he first heard Allen on the radio and had to Shazam the track with his phone to find out who the singer was before insisting he was booked for the show. “It was one of the most amazing voices I’ve heard this year,” Holland explained.