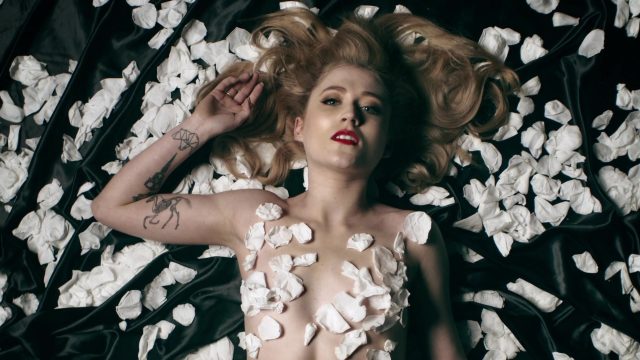 Irish singer-songwriter, Janet Devlin has reentered the musical landscape with the release of three powerful singles, “Confessional”, “Saint of the Sinners”, and “Honest Men”, that from her forthcoming album, Confessional, which is set for release on June 5th. The album will be released alongside a soul-bearing autobiography, “My Confessional”, which dives deep into the stories that have inspired each song.

In a recent interview with Samantha Stevens of Guitar Girl Magazine, she spoke about the reception she’s received for her recent releases, what fans can expect from the upcoming album, and her plans for the year.

“I could never have predicted so much love and support! Especially since changing up my sound.

According to Janet, fans can expect the album to contain heavy Irish influences sonically, and “a much more mature approach to lyrics and sound.” However, there is one song that “[breaks] the mold altogether.” She goes on to say,

“I wanted the majority of the tracks to have the inspiration of the sounds from home — many of the stories in the tracks were from when I lived in the motherland.”

Above all, Janet hopes that listeners will “feel something from the music.” She elaborates,

“I’m just hoping that they get the journey. As the album spans ten years of my life, I hope they walk away feeling like they’ve joined me on it…I just want the tracks to make people engage with their feelings and emotions.”

Janet concludes the interview by talking about her plans for 2020,

“If everything goes to plan, I want to keep on releasing a few more tracks from the record before the album drops. I’d love to hit the road this year and play my songs to anyone who wants to hear them! I also just want to keep on making content for my YouTube channel too. The main aim of the year is to get my music heard by as many people as possible and have some fun along the way.”

Janet Devlin’s sophomore album, Confessional, is now available for pre-order on Spotify, Amazon, Apple Music, Google Play, iTunes, and the OK!Good Records Shop and is set for release on June 5, 2020, alongside her autobiographical book, “My Confessional”