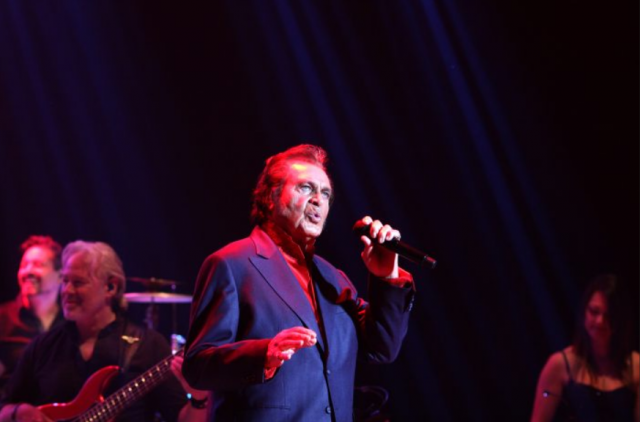 The Man I Want to Be Tour ‘Wows’ Engelbert Fans in Lynn, MA

This past weekend, The Man I Want to Be Tour kicked off in the Northeast.  On Sunday, internationally renowned vocal legend Engelbert Humperdinck rolled through Massachusetts with a performance at the Lynn Auditorium in Lynn.  Engelbert fans arrived in numbers to see Engelbert perform, and Lynn publicaiton Item Live was there to document the concert.

Writer Bill Brotherton remarked on the elegance that Engelbert and his band carried throughout the show, giving showgoers a special experience unique only to Engelbert Humperdinck- a concert reminiscent of a Las Vegas production.

Engie, the greatest showman, was in fine voice, hitting nearly every note, and his professional eight-piece band (two female backup singers, piano, electric keyboard, synthesizer, guitar, bass, drums) gave the show a dazzling Las Vegas feel. He stood or danced for most of the show, stopping now and then to sip a little wine or to praise his musicians.

Brotherton also complimented the show’s song selection, which incorporated classics such as “Release Me” as well as plenty of beloved tracks from Engelbert’s latest album The Man I Want to Be:

Tunes from his new album, “The Man I Want to Be,” hit the mark. His slowed-down version of Bruno Mars’ “Just the Way You Are” was an unlikely selection and was terrific. His 9-year-old granddaughter Olivia, shown in a pre-recorded video, was his duet partner for “I’m Glad I Danced With You,” written by Engelbert’s daughter Louise Dorsey. In an emotional aside, Engie said young Olivia was singing the part his wife of 54 years, Patricia, would normally have sung. His wife has been battling advanced Alzheimer’s disease for several years, and Engelbert said all proceeds from his upcoming single, “Under the Man in the Moon,” would be donated to Alzheimer’s research.

From what Brotherton has shared from his dazzling review of The Man I Want to Be Tour, this is not a show to be missed. Read the review in full on Item Live here.

Find out if Engelbert will be bringing The Man I Want to Be Tour to a city near you: