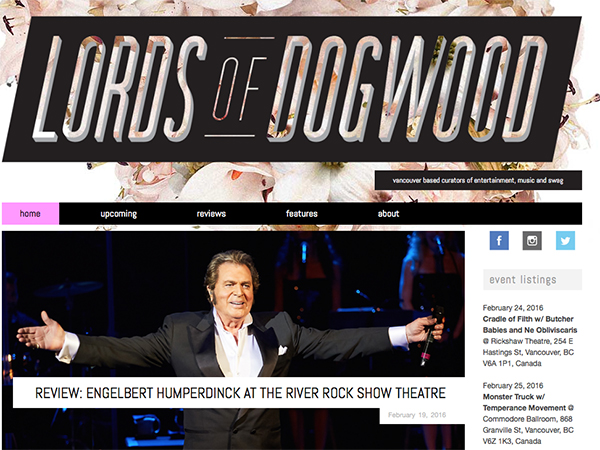 International music legend Engelbert Humperdinck recently performed live at the River Rock Casino as a part of his 2016 tour. Lords of Dogwood attended and gave a rave review of the concert. You can read some of the review below, but be sure to head over to Lords of Dogwood to read the full review.

It’s hard to believe someone has endured a career of almost 50 years with the made up name Engelbert Humperdinck, but it’s true. Such a legacy only comes with good reason, of course. At 79, the English crooner delivered a knockout two hour set at Richmond’s famed River Rock Show Theatre, delivering a set featuring old favourites, classic covers, and a hell of a lot of entertainment wrapped up in comedic morsels.

Classic Humperdinck cuts like “The Last Waltz” and the #1 smash “After The Lovin’” satisfied the swoons of the adoring audience, who sang along to every word and tried to rush the stage vying for his attention. During the latter, a vintage video appeared on the screens portraying a fresh-faced Humperdinck belting out the song on grainy ’70s-era television footage. Sitting in the crowd and darting your eyes back and forth between the younger Humperdinck on screen and the live version, it painted the perfect picture of just what a lengthy, impressive career this man has maintained. 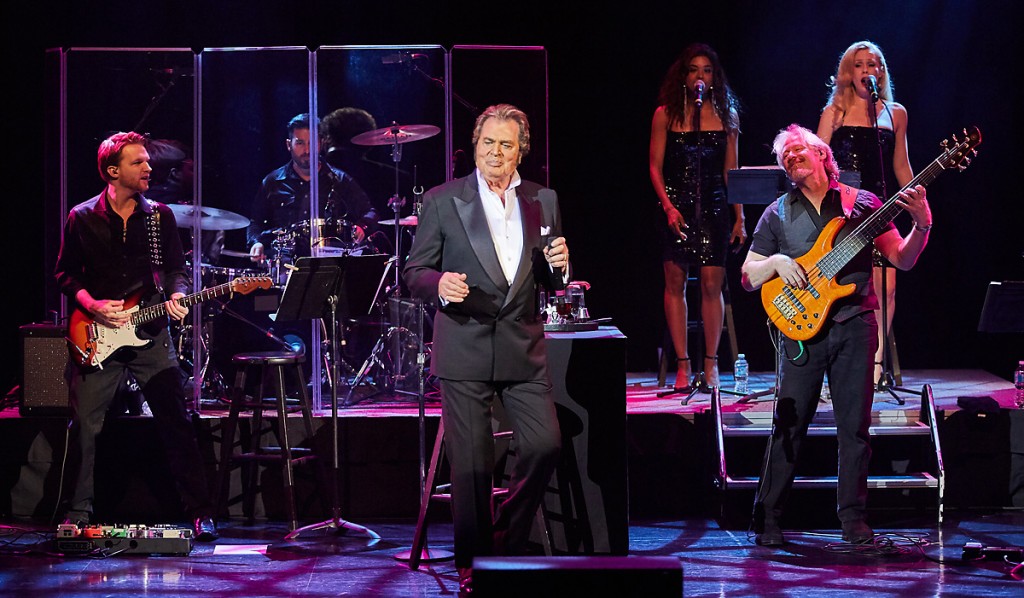 When the crowd goes wild for an encore, Humperdinck characteristically joked “I was coming back anyway,” before performing a cover of Kris Kristofferson’s “For The Good Times,” a fitting goodbye that also showcased Humperdinck in a red robe, miming a boxing opponent, and tossing a dozen or so red handkerchiefs to his adoring fans. Give the people what you want, and it will pay off, surely. Six decades in, Humeprdinck appears to be just getting started.

To read more from Lords of Dogwood, click here