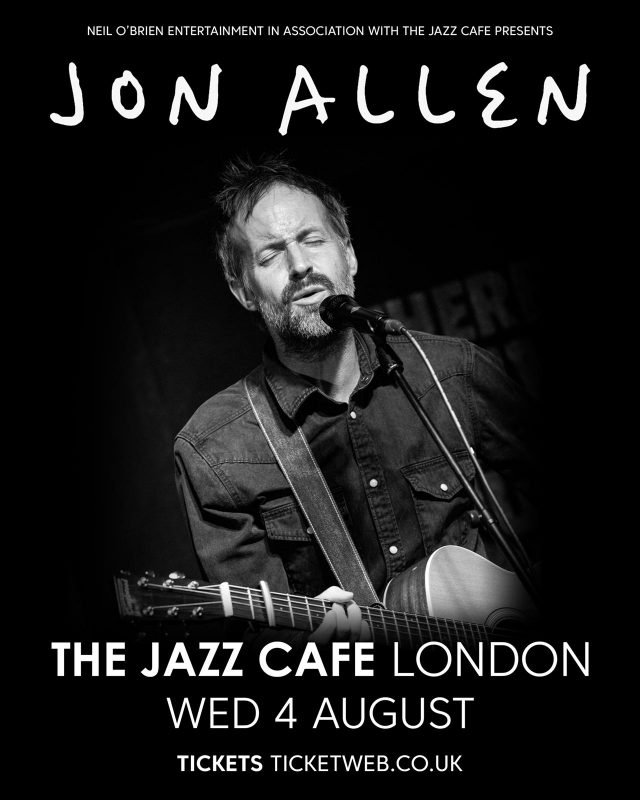 Acclaimed singer-songwriter Jon Allen will be performing live at London’s The Jazz Cafe on Wednesday, August 4th. Accompanied by a full band, Jon will be performing songs from his full discography including his recently released fifth studio album, ‘…meanwhile’.

Jon has carved a niche as a live performer supporting such acts as Damien Rice, Mark Knoplfer, Seal and Dionne Warwick to name a few. Headlining on Wednesday night, Jon will be supported by opening act, James Holt. 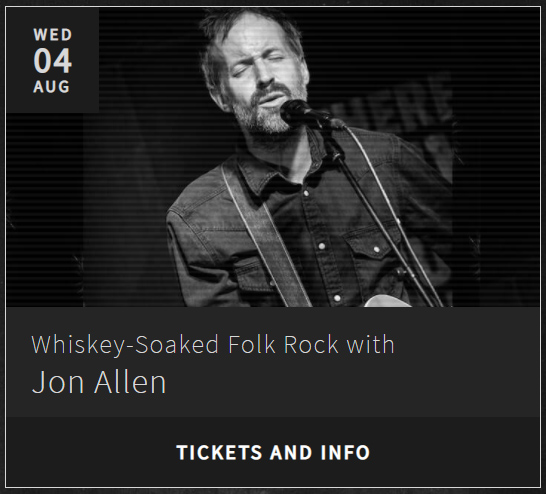 Released on May 21st, 2021 Jon Allen’s ‘…meanwhile’ is the perfect blend of his acclaimed output as a songwriter, and very much a product of the times we’re living in with introspective and emotional lyrics.

Due to lockdown restrictions most of the new album was recorded at home, with Jon performing a majority of the instruments along with producing the entire album himself. “Like everybody else in these time I feel as if we have all been through a gamut of emotions, I think this record reflects that,” states Jon. Songs like “Western Shore”, “Can’t Hold Back The Sun” and “Hold On” were written at the height of lock down and reflect the hopes, anxieties and frustrations of that moment.