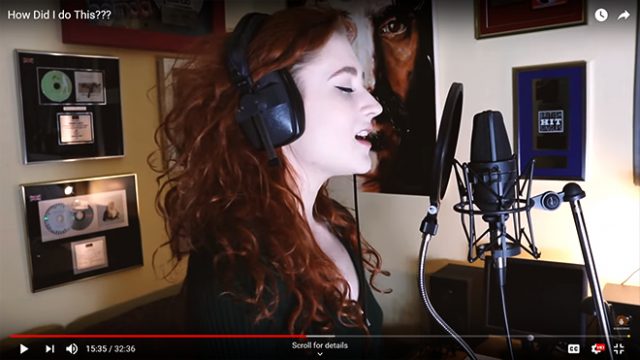 Janet Devlin Shares ‘The Making of..’ Video for New Single “I Lied to You”

Northern Irish singer-songwriter, Janet Devlin has followed up the release of her new single, “I Lied to You” with a special video diary/documentary: ‘I Lied to You – The Making Of’

The mini-documentary has Janet telling the story of her song “I Lied to You”, released in early December 2018, from first-draft to finished song. Beginning as a poem used to ease painful times when she was just 19, it wasn’t until a song writing session years later that the poem took shape into a song.

The track was recorded at Metropolis Studios London and mastered at Abbey Road. Combining Janet’s long term musicians like Richard “Roo” Walker (Acoustic Guitar), Michael Giverin (Mandolin) and Graeme Pleeth (Keys/Programming) with a 12 piece string orchestra, “I Lied to You” is a stunning display from the singer-songwriter as she delivered on her massive personal vision of the song.

In Janet’s words; “‘I Lied To You’ is quite simply an apology to the ones I love.”

Being unprepared and unrehearsed with the sheer intensity of the transition to the music industry, it was important for Janet to show a positive outlook, which she knew she owed to so many. However, for Janet the reality was very different. “Even on dark days, it’s relatively easy to deliberately misrepresent yourself on social media” says Janet.

Click to Stream/Download “I Lied to You”:
Spotify | Apple Music | Amazon | Google Play
Janet has confirmed that her upcoming new album ‘Confessional’, a concept album which explains her tumultuous personal journey with poignant honesty, will be out later this year in 2019. The album will be following up Janet’s debut full-length album, ‘Running With Scissors’, which was released by OK!Good Records in 2015.

Be sure to follow Janet on social media to stay tuned for more details on ‘Confessional.’