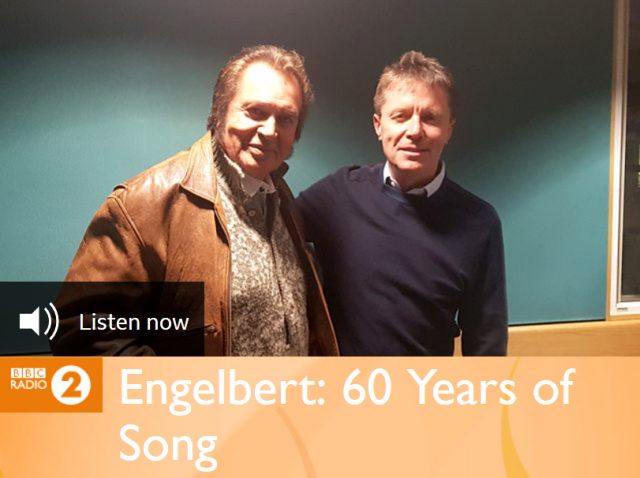 In December while Engelbert Humperdinck was in the UK promoting his latest holiday album, Warmest Christmas Wishes the singer sat down with BBC Radio 2‘s Nicky Campbell for a special interview entitled, ‘Engelbert: 60 Years of Song’. The radio special celebrates the legendary singer’s remarkable career, which has taken him from Leicester to Las Vegas, with many stops along the way.

Throughout this frank but friendly chat, Engelbert speaks about his early hits, (including “Release Me”, “There Goes My Everything” and of course “The Last Waltz”), meeting his influential manager Gordon Mills, appearing at Las Vegas where he befriended such luminaries as Elvis Presley, Sammy Davis Junior, Frank Sinatra, Dean Martin and more.

Nicky Campbell’s relaxed interview style unearths many surprising stories and answers from Engelbert during the hour-long special and is a must-listen for his fans.

Click Here or the Player below to listen to ’60 Years of Song’:

During the interview, Campbell plays some of Engelbert’s classic hits, along with highlighting songs from the singer’s latest releases like his cover of Bruno Mars‘ “Just the Way You Are” from his 2017 album, The Man I Want to Be and his rendition of “What Are You Doing New Year’s Eve?” off the just released Warmest Christmas Wishes. Both albums are available for purchase in our webstore.

With the holiday season now wrapped-up, Engelbert is hitting the road again for the Angel On My Shoulder Tour. Starting tonight in Florida, followed by dates on the West Coast, Australia, Asia and Canada the singer will be taking his classic songs worldwide in 2019. Click Here for tour dates, tickets and more information. 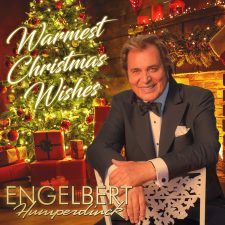 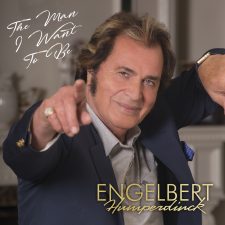