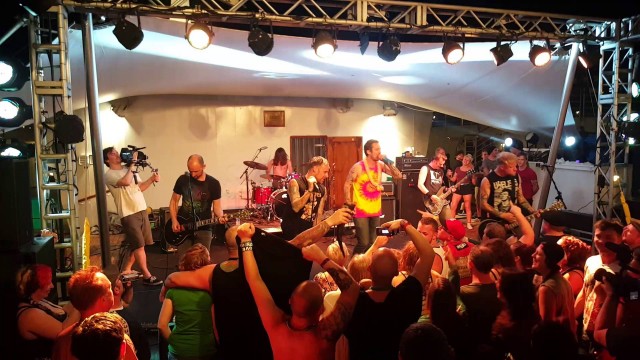 In case you missed it – Check out the latest Tour Vlog from veteran-German punk rockers, DONOTS who performed on Flogging Molly’s Salty Dog Cruise. The 3-Day cruise of the Bahamas featured DONOTS along with Flogging Molly, Rancid, Frank Turner, Street Dogs, Fishbone and many more, for one hell of a St. Patrick’s Celebration!

DONOTS have just released their tenth studio album, ‘¡CARAJO!’ with their 1,000th show on the horizon in 2016. Previously recorded entirely in German, the OK!Good Records release of ‘¡CARAJO!’ features newly recorded English vocals and consists of sing-a-long punk anthems, uplifting bar brawl tracks, and melancholic wave pop tracks. The energetic five piece has managed to redefine and reinvent their sound while maintaining the characteristic trademarks that have found them thousands of fans around the globe over the years.

DONOTS’ new record ‘¡CARAJO!’ is now available for digital purchase on iTunes, Amazon, and Google Play. It is also available for streaming on Spotify and Bandcamp. Physical copies of ‘¡CARAJO!’ can be purchased exclusively in OK!Good Records web-store.