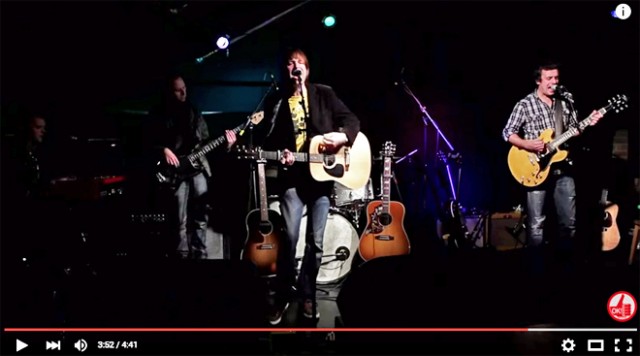 For this week’s #ThrowbackThursday we’re digging into the OK!Good Records video vault to bring you a special live video from Jon Allen. Watch the acclaimed singer-songwriter perform the hit title-track from his OK!Good Records debut, ‘Sweet Defeat’ in this intimate live session from 2012.

Jon Allen made a huge impression in 2012 with the North American release of ‘Sweet Defeat’ on OK!Good Records. Produced by Tristan Longworth, ‘Sweet Defeat’ is backed by the same raw emotional intensity that has become so distinctive of Jon Allen, frequently drawing comparisons to a young Rod Stewart. Showing an impressive air of confidence and maturity in his songwriting, the album tells about love in all stages — from the initial attraction and passion to heartbreak and loss of hope. Allen’s critical acclaim continued to grow in England with rave reviews, an appearance on ‘Later With Jools Holland,’ and five singles playlisted on BBC Radio 2.

Allen is currently working on his fourth studio album, which is planned for a 2016 release. The album will follow up ‘Sweet Defeat’ (2012) and ‘Deep River’ (2014) which are both available on CD in the OK!Good Shop, or digitally through iTunes, Bandcamp, or Spotify.