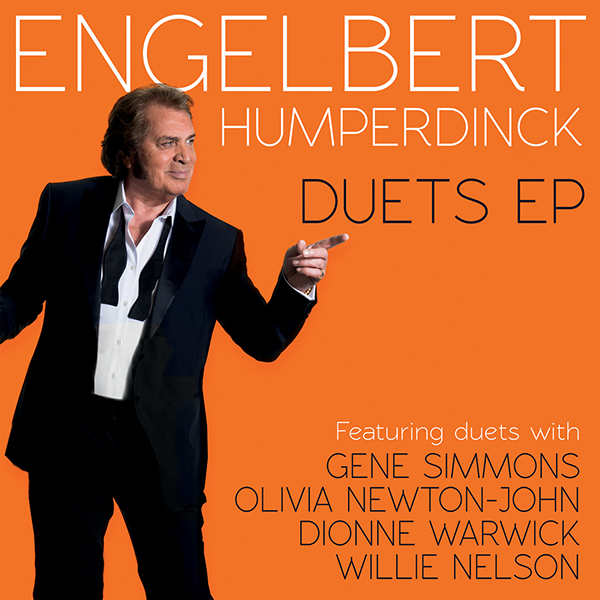 OK!Good Records has announced the release of an upcoming Engelbert Humperdinck 7” vinyl EP due out on May 4, 2015. This limited edition colored vinyl, entitled Duets EP, will include duets with Gene Simmons, Olivia Newton-John, Dionne Warwick, and Willie Nelson.

The legendary and incomparable Engelbert Humperdinck expands upon the success of his critically acclaimed double album, Engelbert Calling (2014) with his first vinyl release in more than 25 years. Duets EP will be available on May 4th, 2015 and will feature four duets from his double CD available for the first time on vinyl.

Duets EP will be a limited edition 7” vinyl record with a first pressing of 1,000 copies on transparent cloudy clear vinyl. We are excited to be the first to have this new release for vinyl fans and collectors world-wide.

The four duet selections for the EP include “Spinning Wheel” with Gene Simmons, “Never, Never, Never” with Olivia Newton-John, “It Matters To Me“ with Dionne Warwick, and “To Make You Feel My Love“ with Willie Nelson. We wanted to go with a 70s feel to the EP since that was a very active and popular time for Engelbert as well as for vinyl records, so we specifically chose duets with partners who were also active and popular during that time.