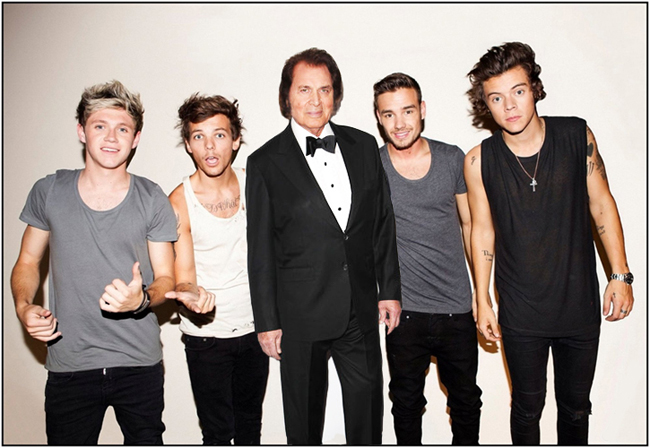 As the media-frenzy surrounding Zayn Malik‘s departure from One Direction continues, the English-Irish boy band has issued a statement announcing their new member, Engelbert Humperdinck. The news could be seen as One Direction’s response to Zayn Malik releasing his first effort as a solo artist yesterday, “I Won’t Mind” a demo-track produced by Naughty Boy.

The announcement should come as no surprise to die-hard Directioners, with One Direction citing Engelbert Humperdinck’s music as a huge influence on the band throughout their career. Just a few days after Malik’s departure, One Direction reached out to Humperdinck who was visiting his home in Leicester, England. The band stated that after a one-take audition of Humperdinck singing their hit, “Live While We’re Young,” they knew they had found the perfect replacement member.

Engelbert Humperdinck will be joining One Direction on all of their remaining tour dates, along with the promise of releasing new studio material as a five-piece. Stay tuned for more updates.