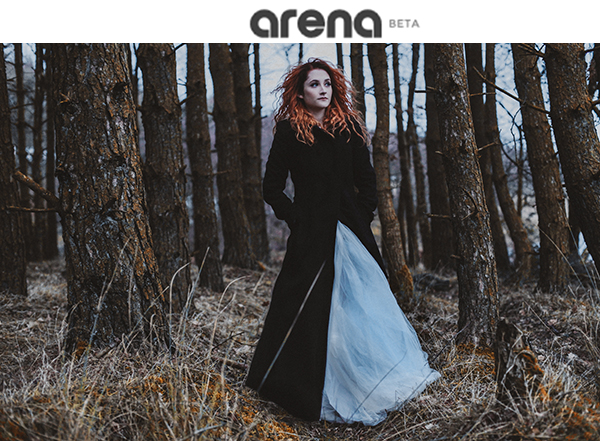 Janet Devlin has been featured on Arena.com for her exclusive interview with Bear Frazer. In this Arena exclusive, Janet talks about the biggest lessons she has learned, maturing in the public eye, and of course her debut album Running With Scissors. You can read some of the interview below, make sure you visit Arena.com to read the full interview.

Arena: So I don’t want to go too far down memory lane, but three or four years ago, you achieved quite a feat when you were in back in the U.K. You placed fifth and, along the way, built your popularity and fan base. Other than what do you believe is the biggest takeaway or lesson you learned from your time on the program.
Janet Devlin: Ah, because I was so young and obviously, at that age, you’re trying to figure out who you are as a person. It taught me to stand up for myself and how to stand up for what I believe, especially since I was thrown into journalist land with some of the biggest journalists in the U.K., and because it was such a big show, it taught me how to defend myself, it taught me to stand up for what I believe in, and it made me realize I was a stronger person than I thought, which was quite cool. It also taught me how to perform on television, which was a nice lesson.

Arena: So let’s talk about about this debut album, . Now, this was actually released about seven months ago in Europe, so that leads me to ask … why so late to the party in America?
Janet Devlin: It was just more of I wanted to get legs over there. I wanted to get the right team and the right people there, and just take a little bit more time to get it right because you only get one first try in America, so I wanted to get it spot on.

Arena: So when people listen to , what do you hope they learn during their listening experience?
Janet Devlin: Hmmm. A lot of people don’t know a lot about me. I don’t know why, but I feel if they listen to this album and actually listen to the words, I feel like they’ll get a pretty good idea of who I am as a person. It would be cool if someone listened to the album and wanted to be my friend. That would be pretty cool.

You can read the full exclusive interview on Arena.com.