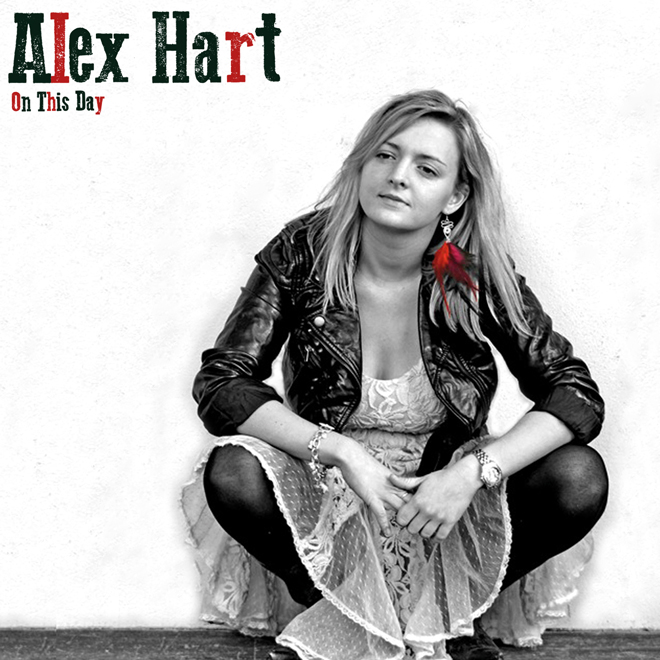 Alex Hart – On This Day

Singer-songwriter Alex Hart from the English countryside in East Devon is ready for big things. The 23 year-old has been picking up rave reviews since she started performing as a teenager, with her powerful voice and unique take on folk-pop she likes to call “West Country Country.” Perfectly blending her influences of rock, jazz and country with pop sensibilities her debut album On This Day will be available September 16, 2014 via OK!Good Records in the US and Canada.

Alex Hart. You will not know her yet, but pretty soon I predict you just might. This young singer-song writer from Devon looks all set to make a global impact, with her distinctive voice and classy, commercial brand of modern day country music. – Maverick Magazine

Alex is excited that her “West Country Country” sound has made a connection in the States. “I always thought that my sound would do well in America. To know that my music will be getting to a wider audience in 2014 both in the UK and in the US is like a dream come true.” Alex recently collaborated with the talented DJ team, Electronic Youth, remixing her single “Orange Van,” along with a cover of “I Wish I Didn’t Miss You” originally by Angie Stone that went to #2 in the Music Week Club Charts and was supported by Pete Tong on BBC Radio 1.

Order On This Day  on CD.
Order on iTunes.