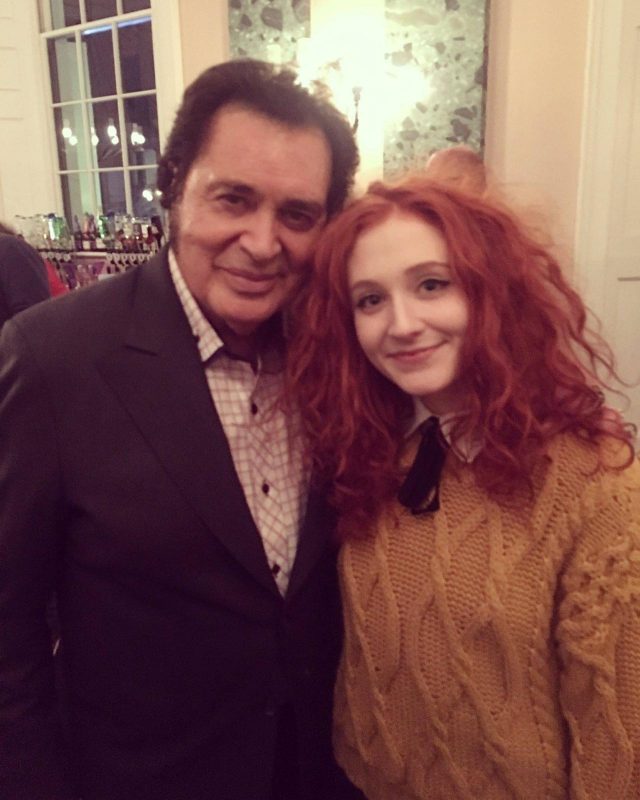 The singers’ celebrate the 60th Anniversary of Elvis Presley recording his classic track, with their duet now at 1.5 million views.

It’s officially been 60 years since the legendary, Elvis Presley went into Radio Recorders in Hollywood, California to record his iconic track “Can’t Help Falling in Love” on March 23, 1961. Original recorded for the 1961 film Blue Hawaii, the single was released by popular demand on October 1, 1961.

Since its release “Can’t Help Falling in Love” has been covered numerous times, most recently by OK!Good Records artists Engelbert Humperdinck and Janet Devlin. Bridging continents, decades and audiences, the two singers delivered a heartfelt duet of the classic track on Engelbert’s recently released EP Sentiments. 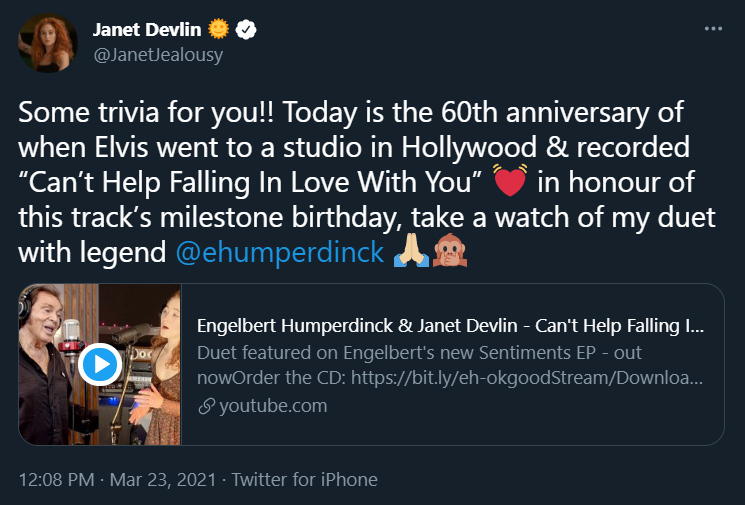 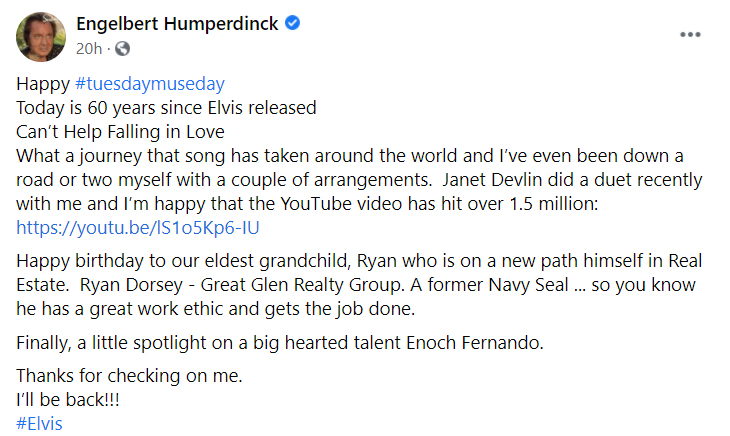 The singers’ rendition is loving tribute to people very near and dear to their hearts, with Janet dedicating it to her late grandfather, Michael and Engelbert singing to his wife of 54 years, Patricia who sadly passed away on February 4, 2021, after a long battle with Alzheimer’s Disease.

Premiered on YouTube on December 4th, 2020 their music video for the duet is now at over 1.5 Million views on YouTube, and climbing. Watch the video below:

The duet is featured on Engelbert’s latest EP,  Sentiments which is available on CD in our web-store and will be available on Amazon and music retailers on April 16th. Along with sharing the anniversary of the song on social media, Engelbert also discussed the duet and his appreciation for the support of the video on his weekly vlog series #TuesdayMuseday.