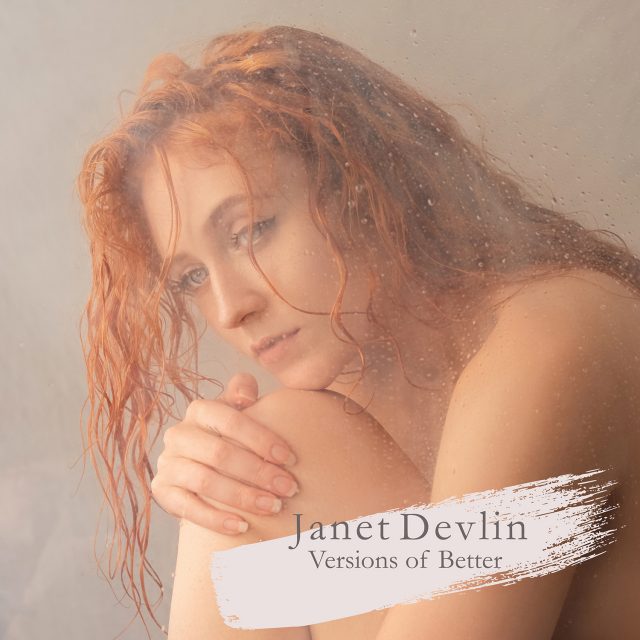 Written with David Sneddon (Lewis Capaldi, Lana Del Rey, Hurts) and Anu Pillai (Lewis Capaldi, Ladyhawke) “Better Now” bookends her latest album Confessional on a bittersweet high, defiantly placing the final piece of the puzzle she began putting together for us last year. “I wanted to close the album with a happy ending,” says Janet of the song. “But that would not have been the truth. It wouldn’t have reflected the darkness I’ve seen and the true ups and downs of my world.” The track is about the singer’s relapse with alcohol and her seven-year benzodiazepine addiction; this culminated in her return to Ireland to attend a rehab clinic at the start of 2019. “I’m proud to say, I have put myself back together piece by piece, track by track, confession by confession.” The song came near the conclusion of what had been the most creative period of her life, so it has become the foundation stone and literal building block for the EP project.

“Versions of Better” consists of six reworkings of ‘Better Now’, each with a carefully curated sound and vision. A stripped-down live rendition, recorded and filmed in A&B2 Studios in London, opens the EP, followed by a mellow trance remix by Germany’s #1 electronica artist, Schiller (aka Christopher von Deylen). Next up, hand-picked string players are expertly arranged by award-winning composer Marco Hertenstein, and the final track before a duo of instrumentals sees Janet keeping her promise to record a Gaelic version of her favourite album track, with “Níos Fearr Anois” – a graceful translation which reconnects to her Irish heritage.

Says Janet of the EP; “Everyone has their own version of what ‘better’ might look like. What I consider ‘better’ may be considered a good day to some but a breakdown to others. Within my own mental health and recovery it could be something as simple as; ringing my therapist, cooking a meal or even just knowing that today it’s okay to stay in bed if the world doesn’t feel safe. Better looks different to all of us – it means that it’s not as bad as it once was.” A fitting sentiment for an intensely chaotic year.

Janet has received glowing reviews of her album, book and music videos, all whilst charting her ongoing mental health recovery online. She has also grown a fresh army of followers on TikTok, with over 600k gained since she began regularly posting at the start of lockdown. To add to her success, she recently performed a sell-out live show on 2 October at St Matthias Church, London – something which was lauded as a massive achievement in the current climate. UK & European tour dates are in the pipeline for 2021 and it’s abundantly clear that Janet Devlin is getting better, all the time.