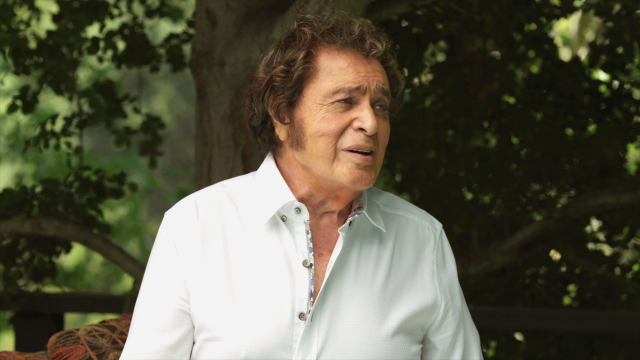 Engelbert Humperdinck speaks to Rock and Roll Globe about his new EP, Reflections, and his current tour

Music legend, Engelbert Humperdinck, refuses to let the old man in. After 50 years in the music industry, he continues to tour extensively and release new music that is lyrically introspective and contemporary in sound. He wrapped up his 2019 with a brand new EP, Reflections, which perfectly emulates his growth as an artist. Engelbert has also kept busy with a hectic tour of North America and Asia, performing across six countries in 14 days, and was featured as a guest performer on Germany’s most watched Christmas Special, The Helene Fischer Show.

He spoke to Katherine Yeske Taylor of Rock and Roll Globe about his tour, as well as his EP, Reflections, which he tells her contain songs that he “particularly love[s] very much,” Songs that include, “I’m Glad I Danced with You”, an emotional duet he sings with his granddaughter Olivia, as well as a cover of Toby Keith’s “Don’t Let the Old Man In”.

“Don’t Let the Old Man In” by Engelbert Humperdinck

“I fell in love with that song because all the lyrics have my sentiments entirely…I don’t want to get old. You know, I’m about 53 [years old] now, I have to think about these things!”

He regards that his success has to do with the songs he chooses to sing, which are both meaningful and memorable.

“I personally enjoy songs that have a great deal of meaning. A song that has a storyline attached to it, that people have lived by, and that I’ve lived by – so when people hear it, they say, ‘That sounds like part of me.’”

It’s clear that despite a long and successful career, Engelbert is far from finished evolving as an artist. When asked about an upcoming album, he says,

“I don’t know what it’s going to be about, but nevertheless, I hope it has a memorable existence because that’s the way I like my records, so that they stay around forever.”

Even with over 50 years in the music industry, the octogenarian says he goes into each performance trying to earn his audience’s respect.

“Each and every audience has their own reaction, and believe me, it’s nerve-wracking not knowing what you’re going to receive. But when you finally achieve your goal, it’s quite rewarding.”

Read the full article on Rock and Roll Globe, here.

For tickets and dates for Engelbert’s North American and European tour, click here.