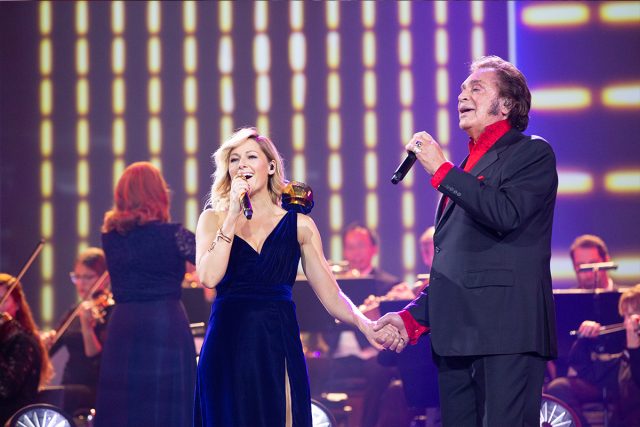 Christmas Day is full of traditions—for some it includes Germany’s annual Christmas Special, The Helene Fischer Show hosted by one of Germany’s biggest stars, Helene Fischer. Fischer has sold nearly 15 million records and won more than 20 awards for her music since her debut in 2005. She has been hosting The Helene Fischer Show annually since 2011, which features musical, dance, and acrobatic numbers by Fischer, as well as star studded guest performances which have previously included James Blunt, Tom Jones, and Luis Fonsi.

This year, legendary vocalist, Engelbert Humperdinck was invited to perform his iconic hit, “Release Me” as a duet with Fischer, as well as his introspective new single, “Don’t Let the Old Man In” from his EP, “Reflections”. 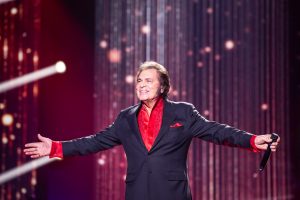 Engelbert Humperdinck on The Helene Fischer Show. Photograph copyright ZDF/Sandra Ludewig. Do NOT repost or distribute this photograph without permission.

The Helene Fischer Show aired on Zweites Deutsches Fernsehen (ZDF), a German public-service television broadcaster, on December 25th at 8:15pm Central European Time. ZDF has also made the program available internationally on their website for 30 days.

Engelbert’s touching performance of “Don’t Let the Old Man In”, which starts at 2:46:32, highlights his velvet vocals and charming stage presence. He is then joined by Fischer for a duet of his hit, “Release Me”, where he humorously remarks that he can’t believe the song is 53 years old before seamlessly jumping into the memorable chorus with Fischer. 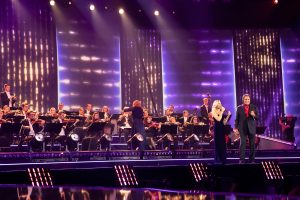 Engelbert Humperdinck and Helene Fischer perform “Release Me” on The Helene Fischer Show. Photograph copyright ZDF/Sandra Ludewig. Do NOT repost or distribute this photograph without permission.

Engelbert’s timeless showmanship continues to enthrall crowds on his annual worldwide tours, gaining praise from fans and critics alike. The octogenarian will be embarking on a European Tour in May of 2020 including performances in Hamburg, Berlin, Leipzig, Munich, and Cologne. For a full list of tour dates, click here.