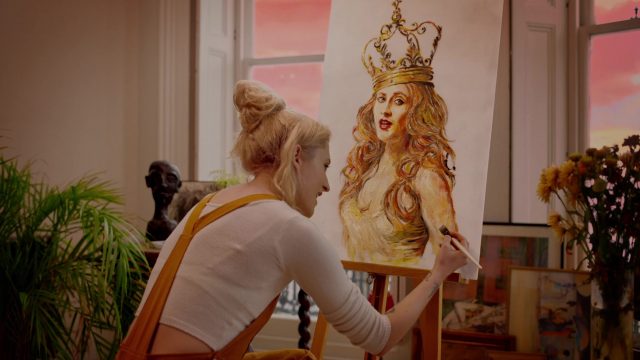 Irish singer-songwriter, Janet Devlin recently released, “Saint of the Sinners”, a poignant new single from her upcoming sophomore album. The single rides the waves made by September 2019’s “Confessional”, and narratively explores the melancholy and regret which were alluded to in “Confessional”. With soaring violin lines to represent the mournful mood of the lyrics, interwoven with a low whistle and set to a marching drum beat, Janet once again creates an anthem of healing out of pain.

SoundBitesMedia recently reviewed the track, calling it “a song many need to hear, not only for the musical aspect, but for the lyrics as well.”

They go on to say:

“Janet Devlin’s new single “Saint of the Sinners” had me consumed right from the start.  The first few seconds of just violin and strings has you wondering what’s next.  Then, her voice hits with some beautiful keys backing it.  What a voice!  While being glued to this track and listening to it several times in a row, it brought me back to the year 1995.  It was a flashback to the powerful song “Butterfly” by the talented Tori Amos – very clean music in the background with a dynamic and powerful voice hitting highs and lows from start to finish.”

Janet also released an accompanying Music Video for the single, which premiered on 1883 Magazine on Nov. 14th. Directed by Katia Ganfeld and shot by The Wood Brothers (Ivan and Timothy Wood), the video depicts Janet as a painter, who creates self-portraits that she associates with pain and regret, to detach herself from these moments.

“Saint Of The Sinners” is her second single; the third track from her hotly-anticipated concept album Confessional, set for release in spring 2020.