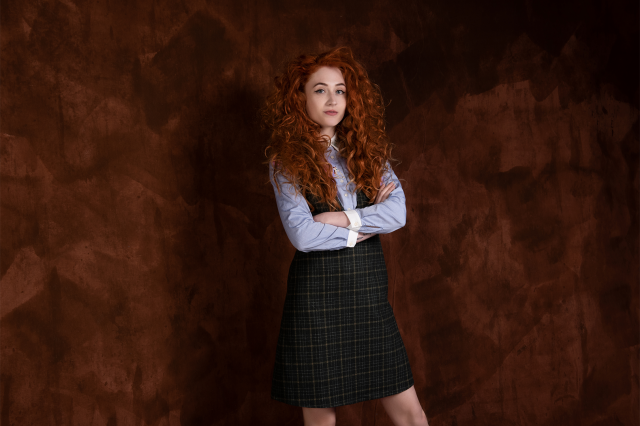 Irish singer-songwriter Janet Devlin released a simple, but effective music video for her latest single, “Confessional”. Directed by Geoff Cockwell of Silvertip Films, the video takes on the literal interpretation of the single, where Janet sings the precursor to her list of confessions to her audience from behind the confessional grill—as her own, personal Act of Contrition. The simplicity of the video allows the music, particularly the message, to shine. As the video comes to a close, Janet breaks the illusion of the confessional booth, walking off camera with the confessional grill in hand.

The single makes a powerful statement, throwing a spotlight on Janet’s decade-long journey towards self-discovery and battles with personal demons in every variety. Written by Janet with Nathan Thomas and produced by Jonathan Quarmby (Lewis Capaldi, Tom Walker, Benjamin Clementine), the track is the singer’s announcement to the world that her frank admission of the sins and stories that have defined her journey, will soon be revealed.

Regarding the release of both the new single and accompanying video, Janet expressed that she is anxious to be releasing music so personal in nature.

“To say that it was scary putting my new music out there is a huge understatement – all of the songs on my new album are incredibly personal to me, so it was always going to be an anxious time when they first get aired. Especially as the sound has evolved and it’s a little different to what I’ve released in the past. I’m looking forward to sharing more with you in the coming months, it’s been a labour of love and I hope you enjoy coming on the journey with me” – Janet Devlin

“Confessional”, which was released on OK!Good Records on Sept. 27th, alludes to Janet’s Irish heritage while showcasing her enchanting vocal style. It is anthemic in instrumentation, featuring thundering drums, uilleann pipes, accordion, fiddles, bodhrán, and a chorus that create a defiant introduction to her highly-anticipated second album.