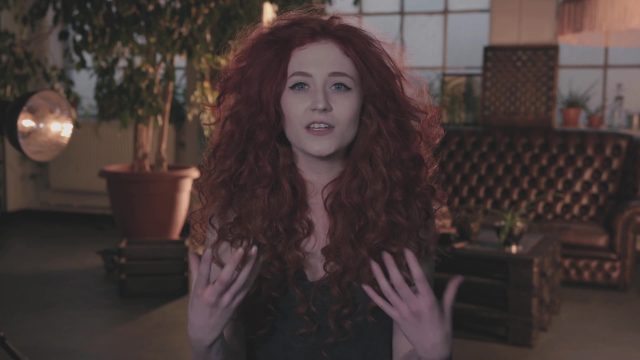 Dave Cromwell catches up with Janet Devlin about her upcoming album, “Confessional”

Janet Devlin speaks to Dave Cromwell about starring in an award winning film and her upcoming album, “Confessional”

During her annual trip to New York City, Northern Irish singer-songwriter Janet Devlin sat down with Dave Cromwell to catch up on the last few years, and to discuss her highly anticipated sophomore album. Devlin has had an eventful few years, releasing EP’s “Duvet Days” and “December Days”, as well as Alt-Pop hit, “Outernet Song”, and starring in the award-winning independent film, “Songbird” directed by Sophie Black. In that time, she continued to pen songs that reflected a tumultuous personal journey, one that would be reflected in her upcoming new album, “Confessional”.

When speaking to Cromwell about “Songbird”, she regarded that the team had a similar passion to creating work that she did.

D: It has to be wonderful to be 24 years of age and still at the beginning of your musical career that includes a film out now as well called “Songbird.”

J: Yeah, that has won awards now, which is really random. I never thought I’d be acting and never thought I’d win music awards for the movie either, so yeah that’s insane. Good fun as a project. I didn’t obviously do it for any lacking of stuff, I just did it because I had seen an independent crew that had the same passion for making things as I did.

D: That would be the team of Tommy Draper and Sophie Black?

J: Yes. So I think my background in independent music – it’s that thing that if you’re not doing it for the money, you’re actually doing it because you really, really want to. So you’re willing to give up more time per actual reward – so they’re exactly the same with that mentality in the movie world. It was a fun experience and getting to write songs in character was really fun as well.

Devlin revealed a few details about her upcoming album, “Confessional”, including the working title and mentioned that it will be a sonically timeless album.

D: After the release of your debut album “Running With Scissors” and this present moment in time, there was a period where you indicated you were going to call follow-up album “Holy Water.” What made you veer away from that.

J: I always toyed with the idea if it was going to be the actual name of the album or it was just going to be my working title. A lot of my fans know me as someone who loves a good working title. “Outernet song” was “Size Zero” until the day of release. What people don’t see is the thousand and one emails that go back and forth for any single song or any single album or any single artwork, so you’re very bored of the name of the something before it even comes out. It was just a working title, and also I got some feedback friends of mine who said ‘it sounds very religious.’

D: Well, it seems like you haven’t really lost that theme much at all.

J: True, going from ‘Holy Water’ to the album being called “Confessional” is similar. There’s something about the phrase ‘holy water’ is a loaded one for me. It’s not for anyone else, but for me it’s the idea of cleansing.

D: Did you have the album completed at any point and then decided to scrap the whole thing and start over? Declaring ‘I’m different now – this is 4 years in the making – I’m not that person anymore – I must write all new songs.

J: […] No, no – I was very, very, very set on what this album was and what it’s supposed to be – the concept – all these things. It’s a weird one, when you make a concept album, you’re the only one accountable for all the questions that need to be answered. But yeah, nothing was changed. It’s not a modern sounding record. It has contemporary elements, but hopefully it shouldn’t date. Because I’m an independent artist I don’t have the luxury of making contemporary pop music.

Additionally, on Saturday, Aug. 24, Janet officially announced her album, “Confessional”, including a book that will be accompanying the record. She tells her audience that “the concept of this record is me admitting all the bad things that I’ve done in my life and all the things I’ve been through. And this idea that, to be forgiven for all the bad things you’ve been through and that you’ve done—the best way to actually get that ‘Reconciliation’ is if you admit it to yourself or to another person.” The accompanying book will “unlock every song” to the listener, and will detail the story behind each song off the album.

Follow Janet on social media so you don’t miss an update about her upcoming album, “Confessional”

Click to Stream/Download “I Lied to You”:
Spotify | Apple Music | Amazon | Google Play