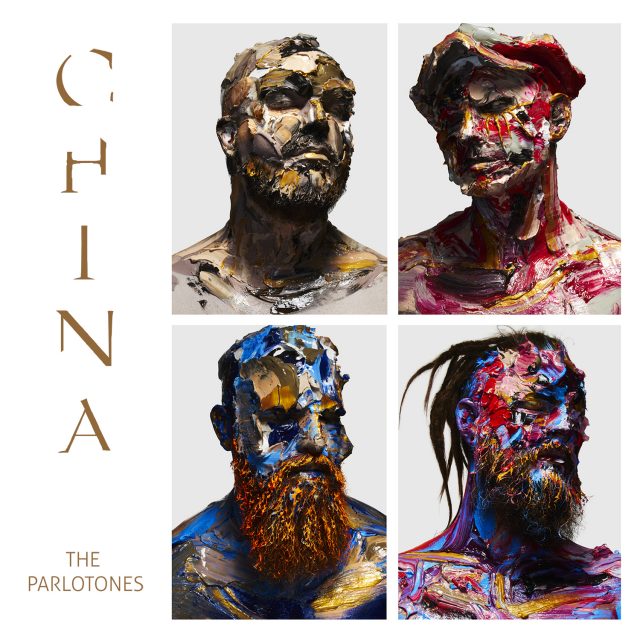 South Africa’s biggest selling rock act, The Parlotones celebrate their 20th anniversary with the release of their new album, China.

Put simply, The Parlotones are South Africa’s biggest selling pop/rock act ever. Having just celebrated their 20th anniversary as a band, The Parlotones initially booked a week at the High Seas Studios in Johannesburg in 2018 to record three tracks. However, when they emerged four months later, they had twenty-five.

The result is the new album, China which confronts listeners with 14 tracks that explore The Parlotones’ diverse musical range. Released in North America via OK!Good Records on July 28th, China will undoubtedly bring in a new audience for the band, yet stays true to their unique sound that has already won them over 900,000+ albums sales worldwide.

China blends monumental sounds and thrilling textures while touching on the deeper meaning of what it’s like to be human. From the opening track “Antidote” with its cool 90s alternative vibes, to “Welcome the Wonderful” – a down tempo electro number, to the cinematic album closer “Goodbye to the Show,” The Parlotones explore and expand upon their wide range of influences.

Click to watch the music video for “Can You Feel It?” below:

“We are really looking forward to bringing a new, yet familiar sound to all of our fans and allowing them to interpret what each song means to them. The songs mirror the human journey and reflects our melancholic as well as blissful sides laced with questions about life and our perspectives. We’re all thrilled about the end result and can’t wait to share it with the world.”
– Kahn Morbee (Vocals/Guitar)

The Parlotones have toured extensively across the globe since 2007 and have played hundreds of shows and festivals including stops at T in the Park, V Fest, SXSW, and Canadian Music Week. They have also shared the stage with renown acts like Coldplay, Snow Patrol, Violent Femmes, and Imagine Dragons. One of the band’s many highlights came in 2009/2010 during their ‘Stardust Galaxies’ world tour as they sold out headline arena shows at the 20,000 capacity Coca Cola Dome in Johannesburg and the Grand West Arena in Cape Town. In 2010 the band also opened up the soccer World Cup, where they were broadcast to roughly 1 Billion people worldwide.

The Parlotones may have been together for a lifetime, but their journey has only just begun…