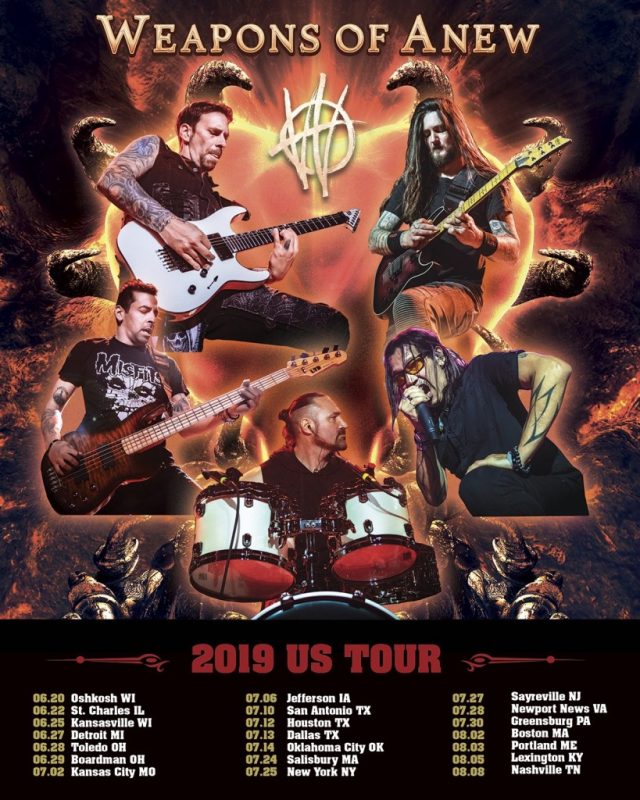 Weapons of Anew joins Scott Stapp (Creed), along with MESSER and Sunflower Dead for The Space Between the Shadows Tour.

Weapons of Anew is the dynamic new band led by former Axiom and HavocHate guitarist Freddy Ordine, and former Spread Eagle vocalist Ray West. Along with, Stefan “Reno” Cutrupi (Bass), Chris Manfre (Drums), and Kris Norris (Guitar), the band released their debut album, ‘The Collision of Love and Hate,’ in 2017 via OK!Good Records and have attracted a growing fan base through their heavy tour schedule

Having been previously praised for their stage presence by AllThatShreds.com, saying “These guys sound just as superior and tight as they do on their album…they [got] the crowd involved with the help of veteran frontman Ray West.” Weapons of Anew is sure to bring the dynamic and hard hitting sounds of their debut album to life on this tour.

The Space Between the Shadows Tour will be hitting 24 cities across the US including Dallas, Houston, Nashville, and New York City. Full list of tour date below. 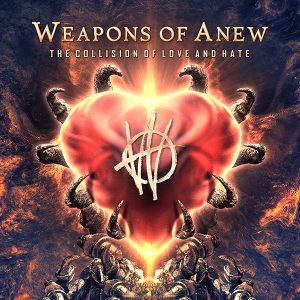