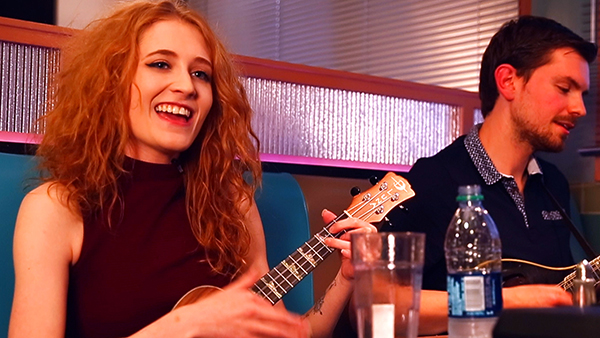 Singer-songwriter, Janet Devlin has hit another milestone on her critically acclaimed debut album, ‘Running With Scissors.’ Her infectious cover of The Cure’s “Friday I’m in Love,” has officially surpassed 11 Million streams on Spotify!

Janet’s cover has received overwhelming support on the streaming music platform since the 2015 release of  her debut, with the track being added to top Spotify playlists such as “Acoustic Covers” and “Laidback Acoustic” and more.

Give “Friday I’m in Love” a listen below or check out the full album on Spotify:

We have an extremely limited quantity of Janet Devlin’s ‘Running With Scissors’ 12″ Vinyl pressing on three different color variants: Red and Black Splatter, Yellow and Green and Black. *This is an OK!Good Records exclusive for US customers only!*

You can also order Janet’s debut album on CD from our webstore or find it on iTunes, Amazon, Google Play and at music retailers nationwide.