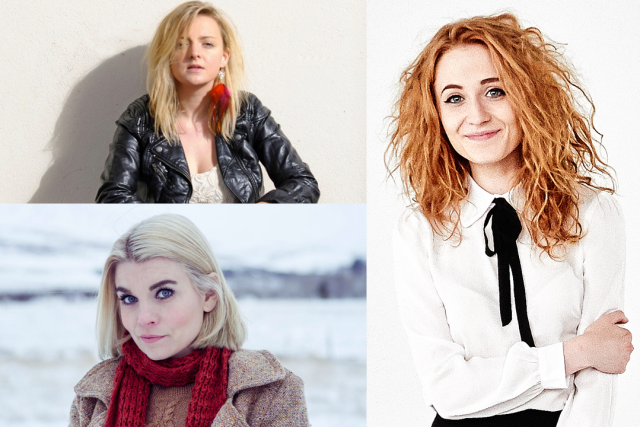 Happy International Women’s Day! Each year on March 8th, we commemorate women of the past, present and the women who will lead us into the future.  Against all odds, women have overcome hardships and shattered glass ceilings in more ways than one.

Today, we commemorate the awe-inspiring women we’ve had the honor of working with at OK!Good Records.  Be sure to support these talented artists, and their craft.

With her soft-spoken yet powerful voice, one that has awed thousands of listeners across the world, Janet Devlin inspires many with her heartfelt songwriting.  Blending folk music with pop sensibilities, Janet has won over her fans with her talent and her down-to-earth personality.

Singer-songwriter Carly Jamison is know for her creative blend of various musical genres, and has released a variety of songs via OK!Good Records over the past several years.  “Sneaking Around This Small Town” is a testament to her talent, and her ability to naturally and seamlessly blend unique genres.

The Musgraves, a indie-pop four piece from the UK, released their album You That Way, I This Way on OK!Good Records in 2013.  The group, filled with multi-instrumentalists all remarkable in their own way, featured musician Lesley-Marie on violin, vocals, mandolin, tin whistle, glockenspiel and percussion.  While the group has not been active since their OK!Good Records release, their album is still filled with sunny, memorable songs- especially single “Last of Me”.

Last but certainly not last, UK Alex Hart secured her place in the music industry with her unique style of music titled West Country-country, she’s inspired by artists such as KT Tunstall. OK!Good Records had the privilege of releasing her debut album On This Day in the United States. Throughout her career, she has performed at legendary venues including the Troubadour and Ronnie Scotts.  Whether solo or full band, Alex Hart is an artist who can hold her own and awe crowds with her talent. Check out her song “Green Light”:

What female/femme artists do you love? We’re always looking for new music, so share your favorites in the comments.