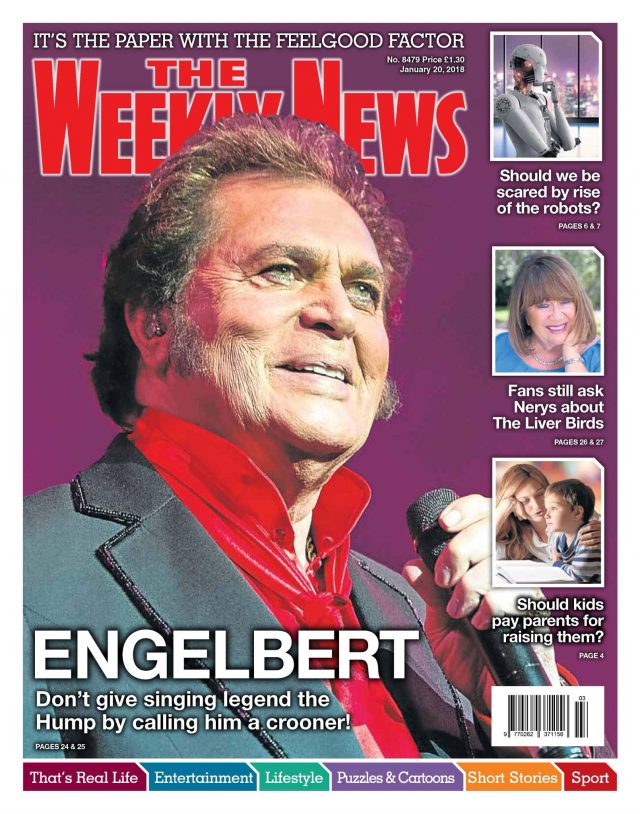 The legendary performer, Engelbert Humperdinck, tells it like it is in his newest cover interview. 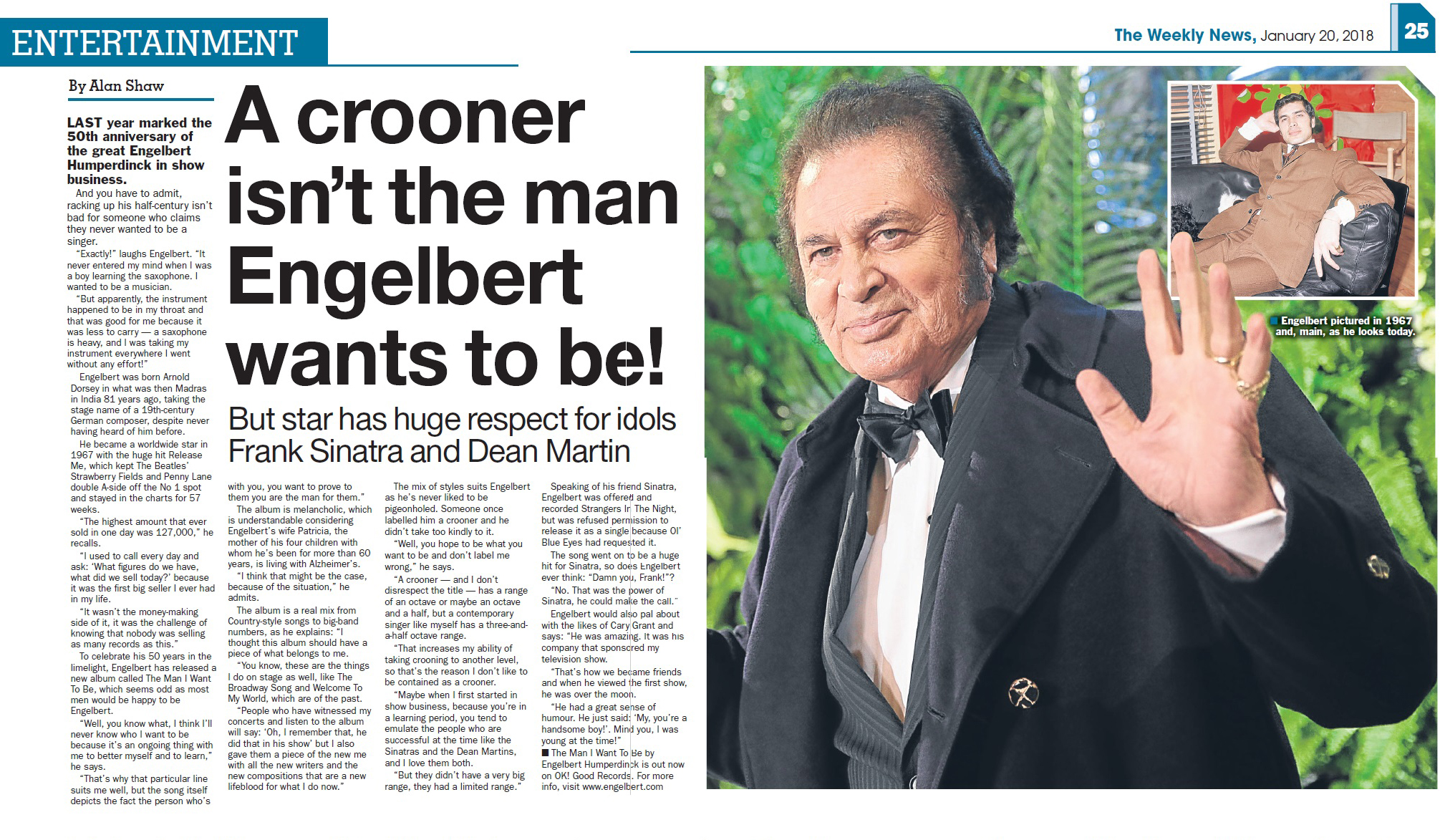 Engelbert Humperdinck sat down with ‘The Weekly News’ to share some of his experiences and personal feelings about being in show business for over fifty years, and his new album The Man I Want to Be.

In the feature interview, Alan Shaw asked Engelbert about his beginnings in showbiz, and what it was like to hold the number one spot on the Billboard charts over The Beatles “Penny Lane” for fifty-seven weeks:

“I used to call every day and ask: ‘What figures do we have, what did we sell today?’ because it was the first big seller I ever had in my life.  It wasn’t the money-making side of it, it was the challenge of knowing that nobody was selling as many records as this.”

Many people tend to refer to Engelbert Humperdinck as a “crooner”, similar to the likes of Frank Sinatra and Dean Martin.  Engelbert took this interview as an opportunity to enlighten readers on what the difference between a crooner and a contemporary singer such as himself:

“A crooner – and I don’t disrespect the title- has the range of an octave or maybe an octave and a half, but a contemporary singer like myself has a three-and-a-half octave range.  That increases my ability to take crooning to another level, so that’s the reason I don’t like to be contained as a crooner.”

Engelbert Humperdinck’s cover issue of The Weekly News is available now for the week of January 20th, 2018 in Scotland.