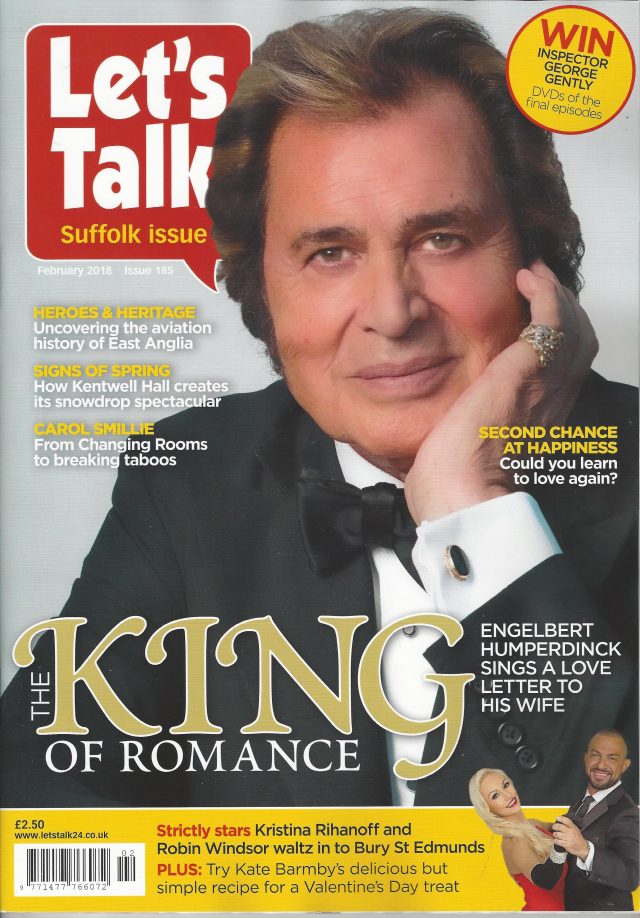 For their February 2018 issue, Let’s Talk magazine has featured Engelbert Humperdinck on the cover, including an exclusive three page interview with the legendary crooner.

The in-depth feature with Engelbert shares a detailed interview with Engelbert discussing each track on his latest album, The Man I Want to Be.  In this three page interview, Engelbert gives a personal perspective on the album’s importance to himself. 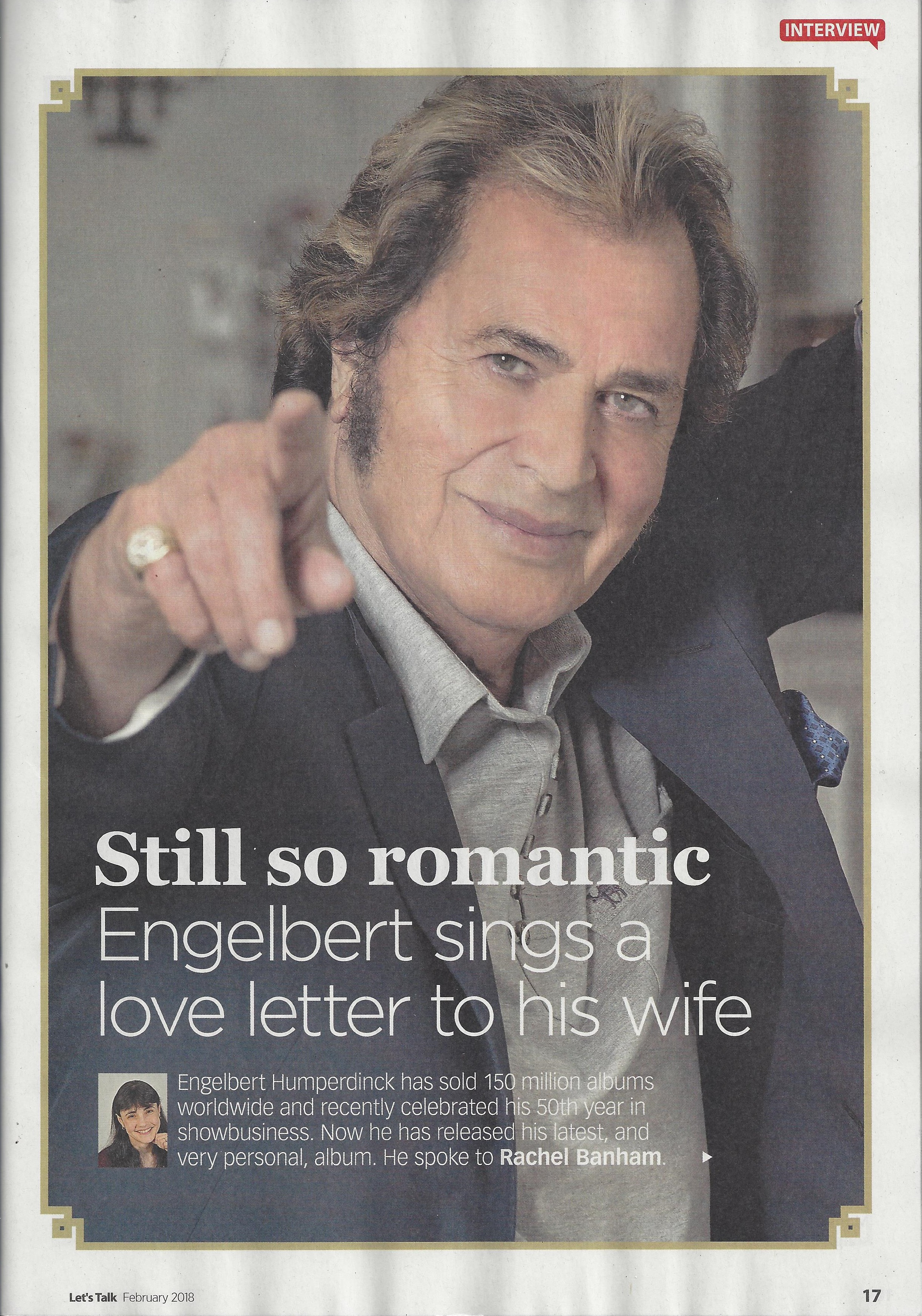 Since The Man I Want to Be was such a deeply touching album for both Engelbert and his fans, writer Rachel Banham asked Engelbert if the songs were difficult to record due to their personal nature.  Engelbert admitted this was the case for some:

“Some of them have more heart in them than some of the other songs because it’s involved with my wife, but I was able to do it and it’s a great tribute to her.  And I certainly hope that it can relate to other people in the public who have the same sort of thing happening in their lives.”

Due to the overwhelming popularity of the tracks on The Man I Want to Be, Banham wondered if Engelbert would start to incorporate a good amount of songs into his live set for UK shows:

“Yes, we do have plans for that- definitely to bring it back here and show the people that it has been worthwhile doing all those songs and let them listen to it live.  I’ll be back to do some more shows.”

Engelbert’s cover issue of Let’s Talk will be distributed around East Anglia in the UK for January of 2018.

Let’s Talk is also giving away two copies of The Man I Want to Be to two lucky random winners who mail in their name, address and daytime phone number to their office address at Let’s Talk Engelbert Giveaway, Prospect House, Rouen North, Norwich, Norfolk, NR1 1RE, to arrive no later than Friday, February 24, 2018.

US citizens and other Engelbert fans outside the UK can purchase this issue of Let’s Talk physically or digitally on their website here.

Find out if Engelbert Humperdinck’s tour will be stopping in a city near you at http://www.engelbert.com/tour