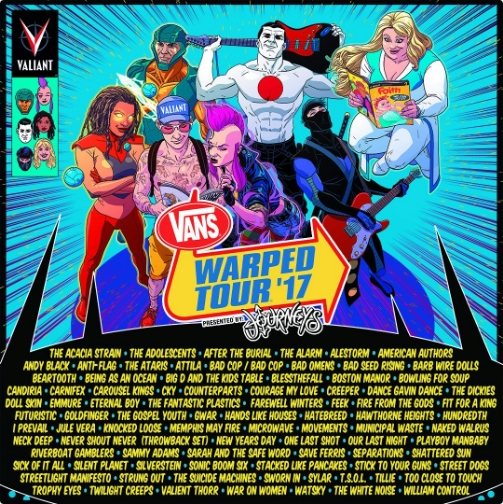 The Vans Warped Tour 2017 lineup has been officially announced! This year marks the 23rd year of the traveling music festival. Vans Warped Tour will kick off June 12th in Seattle and will close on August 5th in San Diego.

2017 @VansWarpedTour presented by @Journeys :: catch us on the road all summer long, coming to a city near you

Tickets are on sale now. Dates and full lineup can be found below.