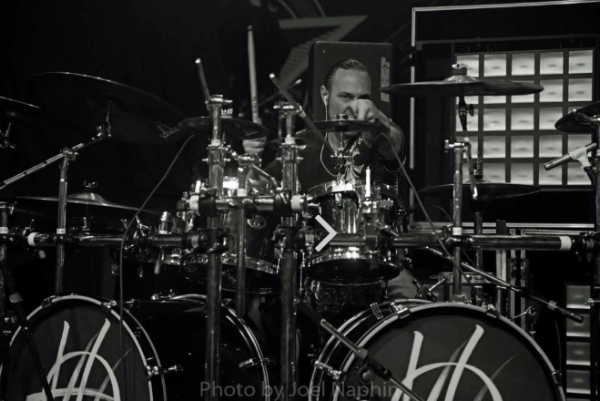 Weapons of Anew performed at The Rapids Theatre in Niagara Falls, New York on  Tuesday, January 31st as part of The Last Hero Tour with Nonpoint and Alter Bridge. Music blog, Music Life Magazine, was in attendance and reviewed the show from start to finish! Check out Music Life Magazine’s review of Weapons of Anew’s performance below, and be sure to visit MusicLifeMagazine.net for more!

It was a cold night and a winter storm was brewing outside in downtown Niagara Falls, NY but that didn’t stop fans from filling up The Rapids Theatre when The Last Hero Tour featuring Alter Bridge – with special guests Weapons of Anew and Nonpoint  – made a stop on January 31, 2017.

The night got underway with New York City metal band Weapons of Anew. I had never heard of these guys but they got the crowd going with their short and energetic set. Singer Ray West, along with guitarist Freddy Ordine (formerly of Axiom and HavocHate), bassist Stefan Reno Cutrupi  and drummer Chris Manfre kept the audience mesmerized and could have easily played a longer set. They are definitely a band to watch out for when they come back on their own.

Watch Weapons of Anew’s music video for their debut single “Killshot” below:

Weapon of Anew’s debut single “Killshot” is available via for digital purchase on iTunes, Bandcamp and the OK!Good Shop. The track is also streaming on Spotify and SoundCloud.