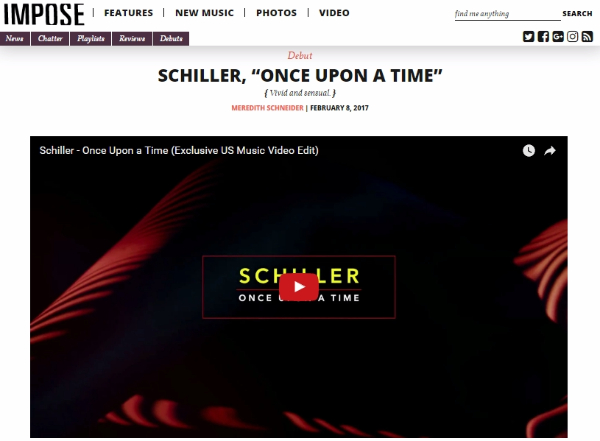 Premiere: Schiller’s “Once Upon A Time” Music Video Premiered on Impose Magazine

Global electronic pop artist Schiller is celebrating the release of his new music video for his track “Once Upon A Time,” which is off of his most recent release Future. Impose Magazine, music and arts publication dedicated to uncovering original and meaningful creations, has premiered vivid and sensual music video. Some of Impose’s feature can be found below. Click the video player below, but be sure to visit ImposeMagazine.com for more!

Electronica/global pop artist Schiller is riding high off the success from his most recent release, a sixteen track album titled Future. His track “Once Upon A Time” was made into a music video, and we’ve got the haunting, otherworldly premiere right here. Comprised of digital images scrolling over the womanly form, the video is a vivid and sensual experience for all who lay claim to it. 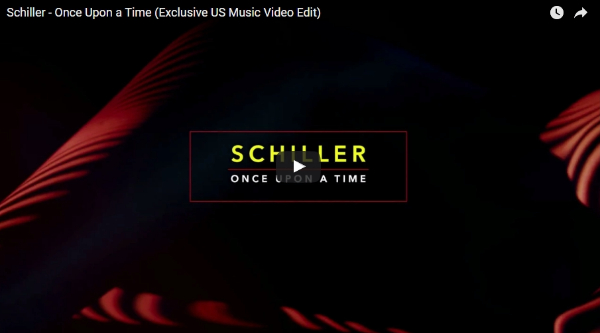 Schiller had quite a bit to say about the song and its accompanying video.

This is my favorite tracks of my latest album Future. I wrote it while I was driving from Joshua Tree Park to Los Angeles, the melody just happened to place itself into my head. I went straight into the studio and recorded the song. The video was shot in Berlin a couple of weeks afterwards. We used handcrafted computer–animations which we projected onto our beautiful actress Alina.