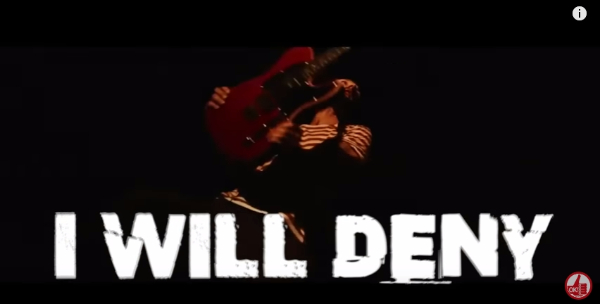 You can now watch our newest lyric videos for DONOTS‘ “I Will Deny” over on our YouTube Channel. “I Will Deny” is the lead single from their tenth studio album entitled “¡CARAJO!,” which was released March of 2016. “I Will Deny” perfectly captures the current sound and ideology of the band. In a way it’s sort of the Donots manifesto since they have always been a band interested in communication, positivity and that open minded spirit the punk community has always promoted.

Watch the “I Will Deny” music video below:

The OK!Good Records release of ¡CARAJO!, features newly recorded English vocals and consists of sing-a-long punk anthems, uplifting bar brawl tracks, and melancholic wave pop tracks. With their tenth album the energetic five piece has managed to redefine and reinvent their sound while maintaining the characteristic trademarks that have found them thousands of fans around the globe.

DONOTS ¡CARAJO! is available for digital purchase on iTunes, Amazon, and Google Play. It is also available for streaming on Spotify and Bandcamp. Physical copies of¡CARAJO! can be purchased on the OK!Good Records web-store. Be sure to stay up-to-date with DONOTS by following them on Facebook and Twitter.