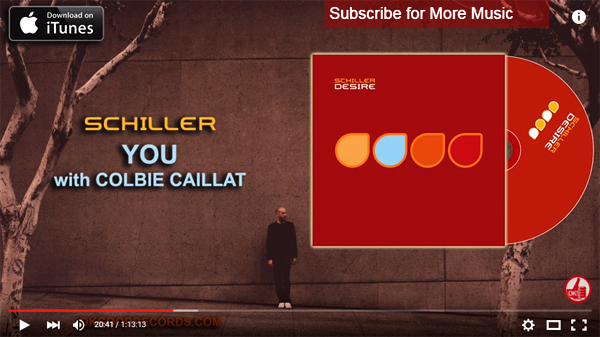 Schiller, aka Christopher von Deylen, is one of the most prolific and hard-working musicians in the electronic music genre, with more than 7 million albums sold worldwide. Known for his brand of chilled-out electronic pop, Schiller creates soundscapes sometimes referred to as “Schill-out,” which are aided by his use of diverse featured guest vocalists and artists. Inspired by electronic classics such as Tangerine Dream, Kraftwerk, and Jean-Michel Jarre, von Deylen is known for creating visionary sounds that are way ahead of their time.

‘Desire’ was packaged as a deluxe 2-CD set with OK!Good Record’s 2011 release of Schiller’s following album, ‘Breathless.‘ The 2-CD set is available in the OK!Good Shop, along with ‘Desire’ being available on iTunes and Bandcamp.