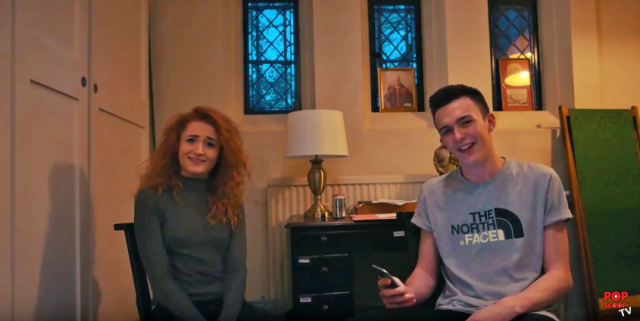 Janet Devlin was recently interviewed by Pop Scoop before her sold-out show at St. Pancras Church in London. She discussed her new Christmas EP December Daze, teased a little bit about her upcoming album, and answered some Christmas-themed trivia questions.

You can check out more from Pop Scoop here.

Janet’s new EP, December Daze, is available now for purchase in record stores nationwide, on Amazon, iTunes, and the OK!Good Records shop. The EP is also available for streaming on Spotify and Bandcamp.  Be sure to check out all of our exclusive Janet Devlin merchandise in our webstore. Janet’s covers EP, Duvet Daze, is also available digitally.