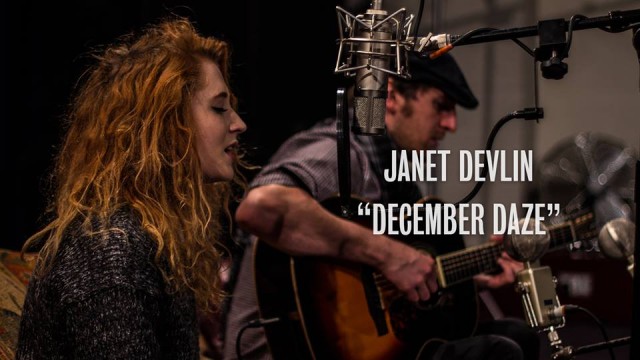 Did you see singer-songwriter Janet Devlin‘s two performances for Ont’ Sofa? In case you missed it, we have both the performances right here for you! Janet performed two acoustic songs for Ont’ Sofa. She performed a beautiful cover of Ben E. King’s “Stand By Me” as well as the title track off of her newest release December Daze. Watch both of the videos below. For more Ont’ Sofa performances visit Ont’ Sofa’s YouTube Channel.

Janet’s new EP, December Daze, is available now for purchase in record stores nationwide, on Amazon, iTunes, and the OK!Good Records shop. The EP is also available for streaming on Spotify and Bandcamp.  Be sure to check out all of our exclusive Janet Devlin merchandise in our webstore.

Ont’ Sofa is a music video channel and production company creating content for the online generation. Ont’ Sofa showcases artists in all genres from Pop to Indie, Rock, Folk, Hip Hop, R&B and Urban. There is one simple rule for the sessions… 1 take! There is no over-dubbing but most specifically, NO AUTOTUNE! What you see and hear is completely live and honest – this is how you’d see them at a concert. That’s what we’re all about. For more info: www.ontsofa.com