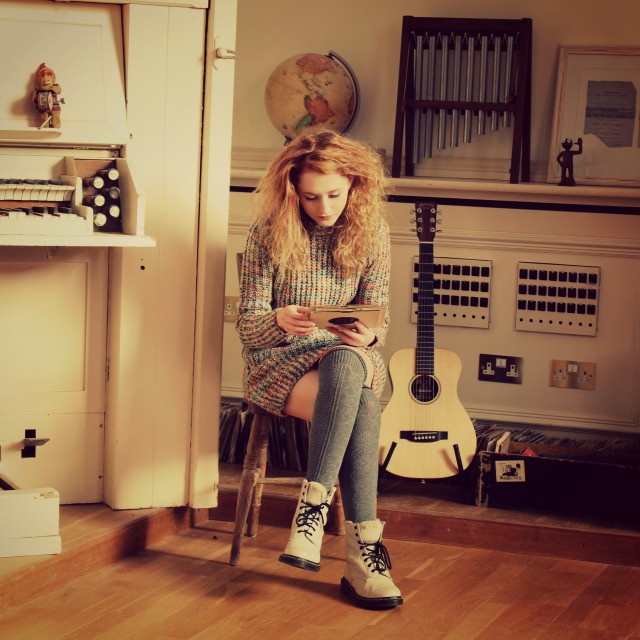 Although many people believe it is too early for the holiday music, we think it is just the right time! Janet Devlin has just released her Christmas EP, December Daze, and it has already been receiving rave reviews! December Daze has just received another 5 star review from Renowned for Sound. “Janet Devlin has created the Christmas release to beat for 2015, mixing in the perfect amount of classics and new material while allowing her own style to shine through on each track.” Check out some of the review below, but be sure to head over to Renowned for Sound to read the full article.

The particular choice of covers is particularly beneficial to the EP: Devlin’s a capella rendition of “Silent Night” offers the perfect venue to show off the character of her voice in a way that a carol with a more active arrangement may not have allowed, and the simple piano cover of “Have Yourself A Merry Little Christmas” lends itself to her talents perfectly. Her cover of Joni Mitchell’s “River” appears to be a strange choice on paper, given that it merely references Christmas rather than being a song for the season, but it slots perfectly into the EP and creates a clever twist that keeps things interesting.

Despite the strength of the covers, however, Devlin’s original tracks are far and away the defining features here. The lush string arrangements and fragile guitar riff of the title track effectively channel both the Christmas sound and a familiar folk style simultaneously, giving its own identity against the chosen carols; meanwhile, “Happy Holidays” switches to an upbeat style, with its heavy use of ukulele mixing with ample bells to create something closely that skirts the line between a quirky indie pop track and a Christmas song.

If you’re looking for something to add to your Christmas playlist, or even if you’re on the hunt for some stocking stuffers, you won’t need to look any further than December Daze to find exactly what you need for the holiday season.