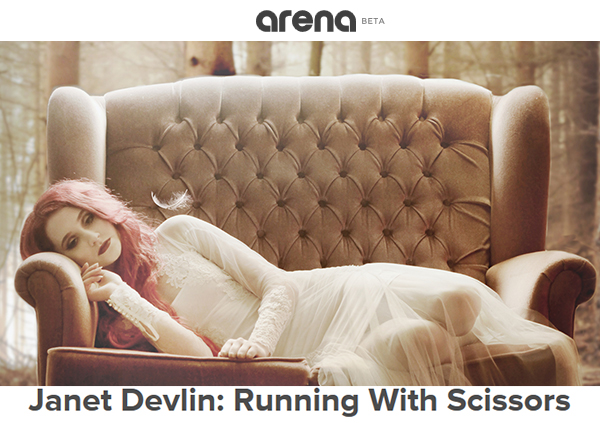 If young Janet sounds like a woman scorned, then that’s not inaccurate. Much of the 10-track collection was inspired by the 19-year-old’s break-up from three years earlier, but instead of coming across as a hasty and vengeful ex-girlfriend, she acts more like a hurt soul revisiting the past and is sewing up the wound for good.

That comes across best on tracks like “When You Were Mine,” “Things We Lost In The Fire,” and “Delicate,” where her lyrical creative shines with lines like, “You’re like the first day of winter every day of the year/ ‘Cause you’re too scared to let me in, never close, only near.”

Arena says it best that Running With Scissors is a “therapeutic”debut and it is clear that Janet is wise beyond her years. Janet has been making a great first impression on the United States with this debut.

You can read the full album review on Arena.com