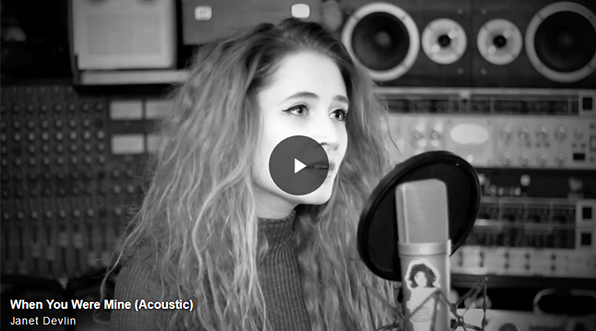 Yahoo Music has just premiered an alternate acoustic version of  “When You Were Mine,” one of the stand out tracks from Janet Devlin‘s debut album Running With Scissors. Janet’s debut album Running With Scissors was released February 10th and is available for purchase and streaming nationwide. “Take a listen and discover why Janet is set to follow the success of her fellow XFUK alums Ella Henderson, Cher Lloyd, Leona Lewis, and One Direction.” You can watch the full performance above.

Janet’s debut album Running With Scissors is available now on our webstore, iTunes, Amazon, Google Play and at music retailers nationwide. The album is also available for streaming on Spotify and Bandcamp. Check out our exclusive Janet Devlin merchandise in our webstore.

You can see more from Yahoo Music at yahoo.com/music