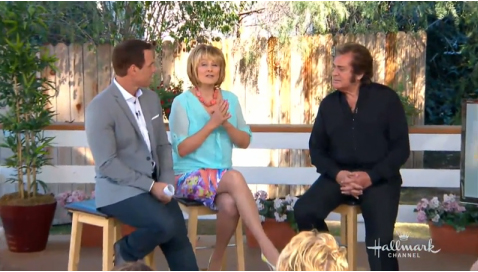 Engelbert Humperdinck  was a guest on the Hallmark channel’s hit show “Home & Family” on February 11th. Engelbert spoke with hosts Mark Steines and Cristina Ferrare about his career and his encounters with icons such as Elvis Presley and Elton John. The three also spoke about the story behind his name and how many stars such as Tom Jones, Stevie Wonder, and Gene Simmons all use show names as well.

Engelbert also spoke about his latest album Engelbert Calling, which is his first ever duets album. Engelbert Calling features duets with music legends such as Elton John, Johnny Mathias, Willie Nelson, Gene Simmons, and Olivia Newton-John just to name a few. Engelbert Calling is is available for purchase at music retailers nationwide and online from our webstore, iTunes, Amazon, Barnes & Noble, Google Play, Bandcamp, and Spotify.

You can watch the full interview above or you can visit: Hallmarkchannel.com/homeandfamily