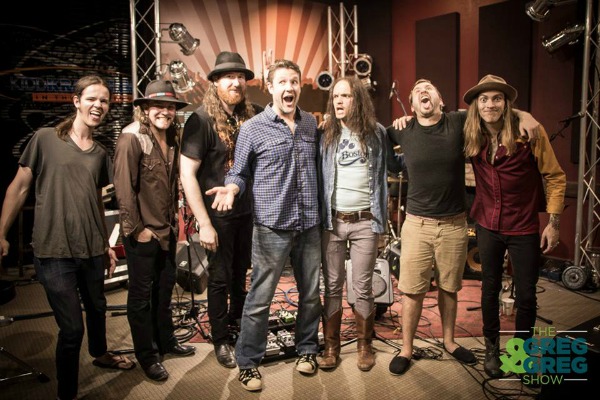 If you’re anything like us, you’ve been itching for new Dovetail! Luckily, Texas’s favorite rock band premiered a brand new song on The Greg & Greg Show, and we have the incredible video footage of the stellar performance so you can listen to it until your heart’s content! What are you waiting for?! Crank those speakers to 11 and jam to “Two Lane Road” below – and while you’re at it, be sure to check out the full photo gallery on The Greg & Greg show Facebook page here!

About The Greg & Greg Show:

The one line that started it all. On a roadtrip. The Greg’s created an obnoxious joke that successfully annoyed co-workers for hours on end. Their chemistry was obvious, and The Greg and Greg Show was born.

Kidd Kraddick asked the Greg’s to use their creativity to recap the morning show. While that was fun for awhile, Greg Jake and Greggles had more to share, and the show morphed into what it is now.

The show consists of Greg Jake and Greggles; two very different individuals who somehow manage to go together like peas….and something you would mix with peas.

Greg Jake is Texas through and through, while Greggles is a Floridian and a New Yorker.

The boys are separated by almost exactly ten years in age. Even though he doesn’t act like he is… Greg Jake is older.

They are also at different points in their lives. Greg Jake is a father of two, married and living in his “giant palatial mansion” with his lovely wife while Greggles is the bachelor, living in a single room apartment in the artsy part of town.

Being an old family man, Greg Jake doesn’t get to go out and do the things he used to… So Greggles fills him in on those. On the other hand, Greggles gets to learn about his unavoidable future from Greg Jake.

Whether it’s Greg Jakes always “amusing dad jokes”, Greggles wild statements, or the running joke of which one can out annoy the other… this is the show to listen to.