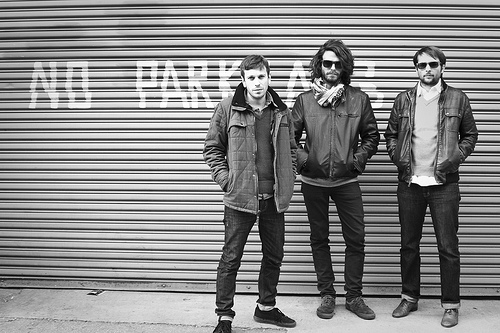 Indie-folk band Good Old War told the crowd at their Union Transfer, Philadelphia show they were recording the performance for an upcoming live album. The Philadelphia based band is best known for their songs “Coney Island,” “Amazing Eyes,” and “Calling Me Names.”

All three songs appeared in the set list, which reportedly went as follows:

It Hurts
That’s Some Dream
Weak Man
Amazing Eyes
Day-O
Coney Island
Better Weather
Restless Love
Just Another Day
My Own Sinking Ship
Looking For Shelter
Over And Over
Tell Me
Can’t Go Home
Not Quite Happiness
I Should Go
Calling Me Names
Woody’s Hood Boogie Woogie
Loud Love
——-
My Name Is Jonas
Window
We’ve Come A Long Way.

The band took the name Good Old War from the three core members’ last names: Keith Goodwin, Tim Arnold, and Daniel Schwartz. They formed in 2008, and have since released 3 studio albums and 2 EPs. Watch the music video for “Calling Me Names” below, and check out a live rendition of “Coney Island” too.