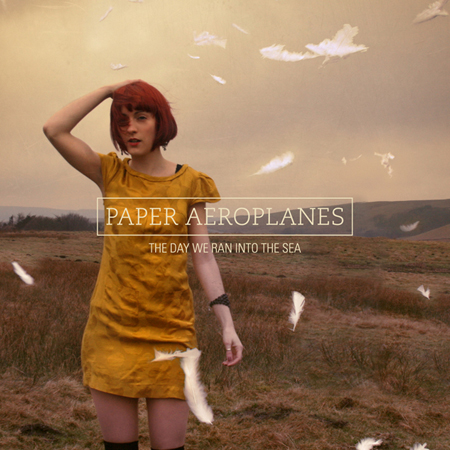 Paper Aeroplanes – The Day We Ran Into The Sea – Now Available

OK! Good Records announces the release of The Day We Ran Into The Sea, the debut album by Welsh duo Paper Aeroplanes. Featuring a total of 13 songs and bonus tracks, the album has been described as evocative, heartfelt, and disarming with meaningful lyrics and instantly memorable melodies. BBC Radio has acclaimed it as “the finest radio album to come out of Wales since Duffy’s Rockferry”.

Sarah Howells, the lead singer of Paper Aeroplanes, is a prominent voice in both the dance music community (a featured vocalist with Lange and John O’ Callaghan) and the indie rock scene, having found success with her previous bands Halflight and Jilt. Following the tragic loss of her former band member Nia George, she has reemerged alongside talented guitarist Richard Llewellyn as Paper Aeroplanes. Her haunting vocals blend beautifully across genres, brilliantly mixing folk and pop elements while creating a sound that is both unique and timeless. Sarah’s emotional experiences have led her to create songs about love and loss that are effortlessly universal, speaking straight from the heart.

The Day We Ran Into The Sea features production collaborations with The Head (PJ Harvey), Adrian Hall (Sugarbabes), and Matt Prime (Will Young.) The album is both contemporary and definitive, often compared to the likes of Sarah McLachlan and Fleetwood Mac. There is a song for every mood from the gripping acoustic hymn Lost to the breezy and upbeat Cliché. The UK Guardian advocates, “It is everything a good pop album should be: Melodic without being glib, catchy without being vapid. Paper Aeroplanes deserve wider attention”.